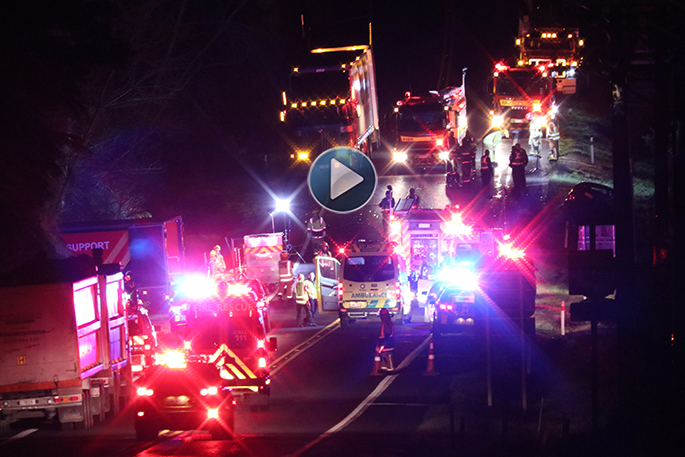 Emergency services at the scene of the crash. Photos: Daniel Hines/SunLive.

UPDATED 9.14PM: One person is in serious condition following a crash on State Highway 2, near Tauranga, tonight.

Emergency services are responding to a crash on SH2 near Tauranga, around 1km north of the Pahoia Road turn-off.

One person has sustained serious injuries and will be transported to hospital, says a police spokeperson. 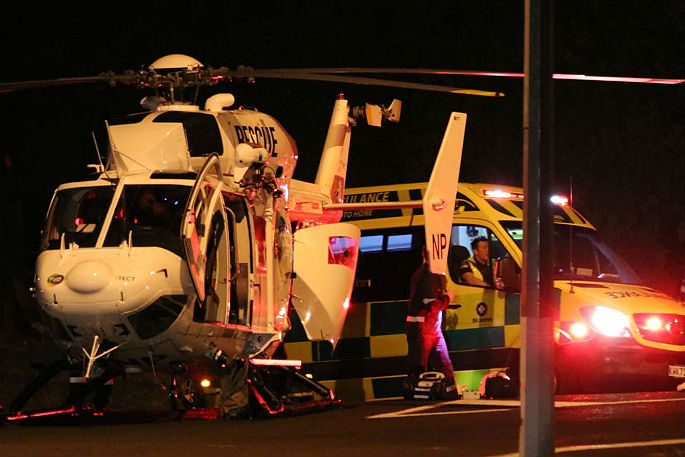 "The road is currently closed and diversions are in place at Esdaile Road to the south and Wainui South Road to the north.

"Motorists are advised to expect delays."

The Serious Crash Unit has been advised. 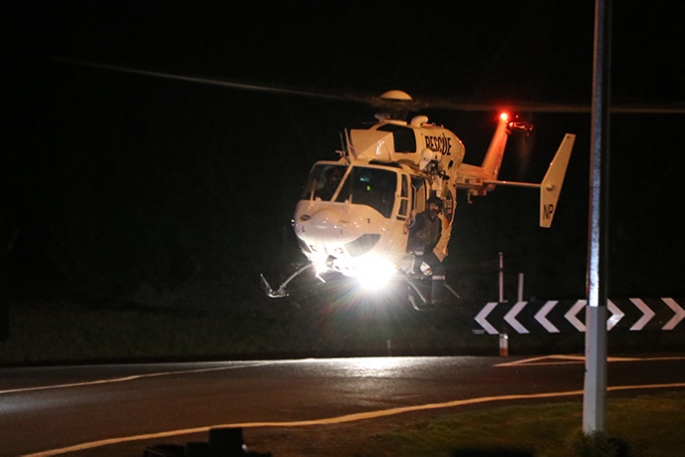 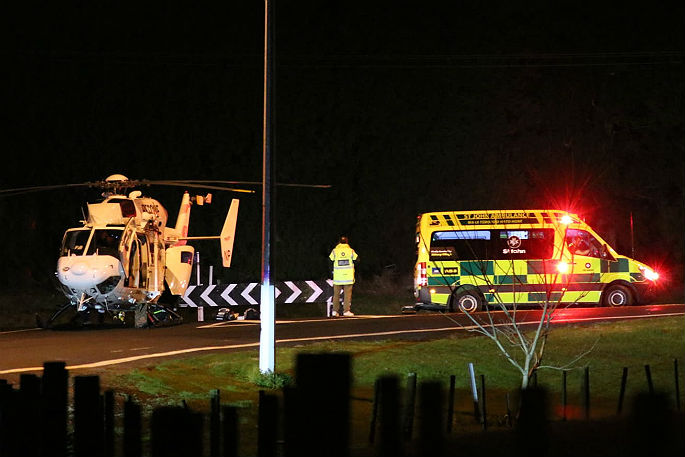 Reports are coming in of a serious crash on State Highway 2, near Pahioa, tonight.

A caller to the 0800 SUNLIVE news hotline says the incident is near Pahoia Road.

"I'm not exactly sure what has happened but it looks like there could be at least a couple of vehicle involved.

"People may want to avoid the area if they can."

Another SunLive reader says there are mutiple emergency services at the scene including two ambulances, fire trucks and multiple police cars.

The NZTA is confirming that delays are possible.

"A detour is in place. Please follow the detour and allow at least an extra 30 minutes travel time."