Kicking up a stink in the Mount 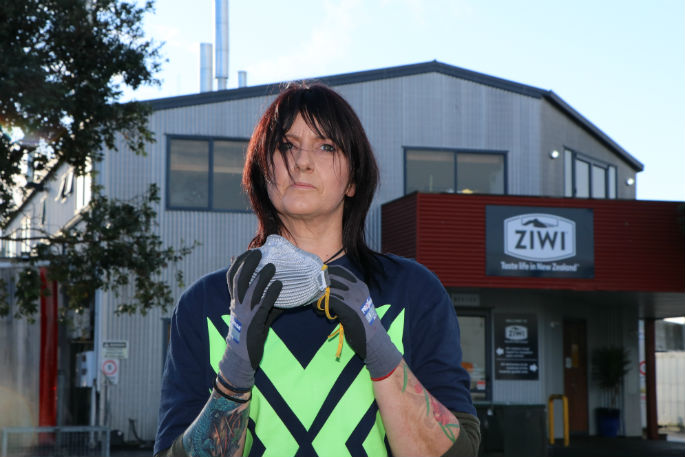 Mount resident Nicky Reid, one of the many locals fed up with the bad odours allegedly from Ziwi.

Some Mount Maunganui residents are at the end of their tether over a ‘putrid stench’ apparently coming from a pet food company in the area.

Bay of Plenty Regional Council has received 979 complaints since 2008 about odours coming from Ziwi, in Boeing Place. Of those, 743 have been made since January 2018.

The council are currently carrying out a prosecution against Ziwi for offences under the Resource Management Act relating to odour discharges.

Nicky Reid, who lives and works in Mount Maunganui, has been complaining to the regional council about the smell for more than a year.

“The impact of the smell is pretty horrendous to be honest, so much so that we are considering moving completely. It’s just the most putrid stench”

“It’s depressing because it makes you feel so sick with nausea, headaches and sinus blocks. I have even vomited from it on occasion.”

Ziwi managing director Richard Lawrence says they have spent in excess of $500,000 on air quality equipment and consultants over the past two years.

He also confirmed they were building a new factory in Christchurch that would replace the factory in Mount Maunganui. That would not open until 2021.

He says it would be New Zealand’s largest purpose-built pet food kitchen, employing more than 100 people.

“Ziwi values our place in the community and we are proud to be a significant employer in the Bay of Plenty.”

Another Mount Maunganui resident who wishes to remain anonymous says they fill out ‘odour diaries’ every time they notice the smell and give it to the council at the end of each month.

“My husband is talking about selling the house he is so over it. It’s like rotten cooking meat, it’s just foul.

“Summer was shocking, we couldn’t even have our windows open at night when the westerly wind was coming in.”

The council’s regulatory compliance manager Alex Miller says they have been undertaking regular monitoring of the Ziwi site.

“We receive odour complaints through our 24/7 Pollution Hotline. When a complaint comes in these are referred to one of our compliance officers, who do their best to investigate as soon as possible.

“Odours are managed in accordance with the RMA and the BOP Regional Air Plan. Essentially an odour should not be ‘offensive or objectionable’ beyond the boundary.

“If a non-compliance is verified, and the source of the odour can be confirmed, enforcement action will be considered.”