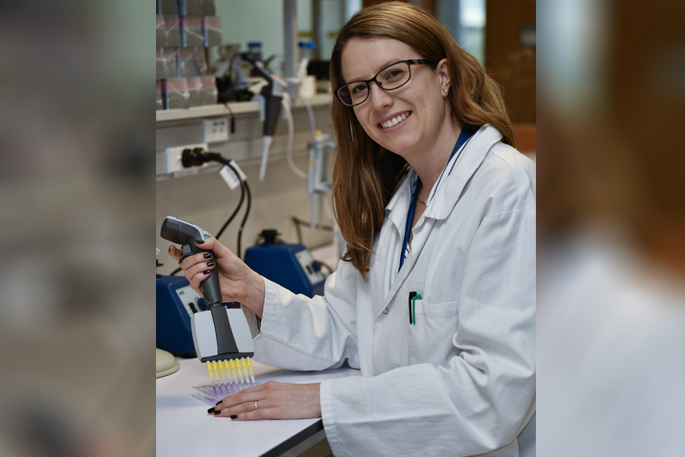 This year’s World Brain Day today is dedicated to one of the most complex of all neurological disorders that affects millions of people worldwide: migraine.

Recent breakthroughs in treatment with a new class of drugs that, for the first time, prevent migraine rather than treat it after the fact, have been life-changing for many people but they don’t work for everyone.

Leading edge research at the University of Auckland is focused on understanding why these drugs are not always effective by investigating how they interact with a key hormone in the brain and nerves called CGRP.

The new migraine prevention drugs, released in the US last year, work to ‘mop up’ excess CGRP in the bloodstream or by blocking it completely, preventing it from acting on nerve cells. This is life-changing for some people, particularly chronic sufferers who may have more than 15 headache days per month.

CGRP is regarded as a key suspect in causing migraines because it is involved in chemical signalling between cells in the nerves and in the brain. Scientists have known for some time that people who suffer from migraines have elevated levels of, or are more sensitive to, CGRP, which acts as a spark, setting off an attack.

The Auckland team synthesised a fluorescent molecule of CGRP in the laboratory allowing the researchers to investigate in minute detail its interaction with cells in real time under a microscope.

“By successfully creating this CGRP molecule we hope to develop and refine the next wave of treatments to work even better and to understand exactly how these new drugs interact with CGRP in the body,” says PhD candidate Erica Hendrikse, a member of the research team whose mother has suffered severe migraines most of her life.

Erica remembers having to come home from school to ring an ambulance because her mother could not leave her darkened bedroom.

“Mum got them regularly but I definitely remember some being worse than others,” she says.

“It feels really important for us to do this work because migraines has such a big impact on people’s lives. It also affects people so differently that even in the scientific world, the condition still has an air of mystery about it.”

The team previously discovered there are two ‘receptors’ for CGRP. This work seeks to understand whether they behave differently and if one receptor is more sensitive to CGRP than the other.