The @Unsaid stories of drug driving in NZ 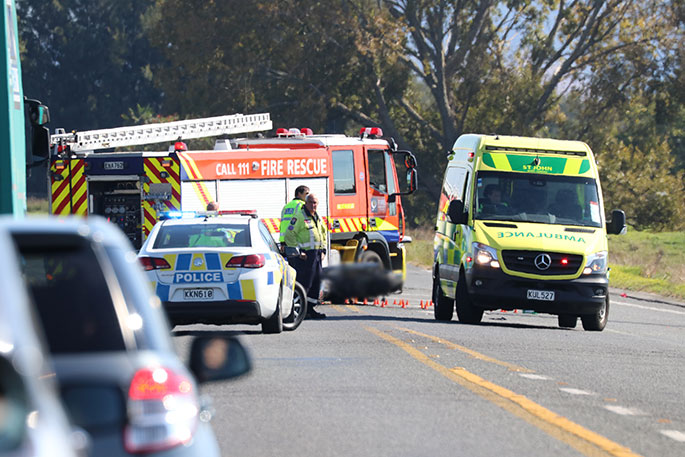 One in four drivers killed in 2017 had drugs in their system. File photo/SunLive.

New Zealanders are not openly talking about the harm caused by drug-driving, so personal stories will be shared daily to raise awareness of the human impact.

Over the next six weeks, NZTA has asked Ashleigh, a brave young woman who has lost a family member to drug-driving, to share the stories of hurt and grief from New Zealanders who also want their experiences told.

“Drug-driving causes real harm on our roads, which impacts many families around New Zealand. Drug-driving is a difficult issue for New Zealanders to talk about,” says NZ Transport Agency spokesperson Andy Knackstedt.

“At the time of a crash, it’s often not known if drugs were involved and it takes time for toxicology reports to come through.

"The families of those involved in drug-driving crashes can also be reluctant to share their grief, because of stigma attached to illegal drug use.

“With this campaign we want to provide a safe way for people to share their stories, so that we can raise awareness of the harm and hurt caused by drug-driving. It is not until we acknowledge the issue that we can move to stop more lives being lost in tragic circumstances.”

Uniquely the @Unsaid campaign will seek real stories from New Zealanders about their experience of harm from drug-driving, and then share these stories daily in a safe and respectful way.

Ashleigh will tell her own story and encourage others to share their stories with her.

If they wish, she will then re-tell these stories to New Zealand with aroha.

Every story that is provided to Ashleigh will be shared either on television each night at 6pm running for 24 hours, and through @Unsaid’s social media channels (@Unsaidnz).

Personal stories of drug driving harm can be submitted to Ashleigh @Unsaidnz on Facebook or Instagram, or by emailing unsaid@NZTA.govt.nz

Ashleigh will be sharing stories from 21 July for up to six weeks.

and they want to legalize it. how dumb can you get. getting that way not safe to drive on the road anymore. .

Seems DRUGED Drivers are a much bigger problem than those who drive fast , so lets see this reflected in POLICE actions and enforcement.