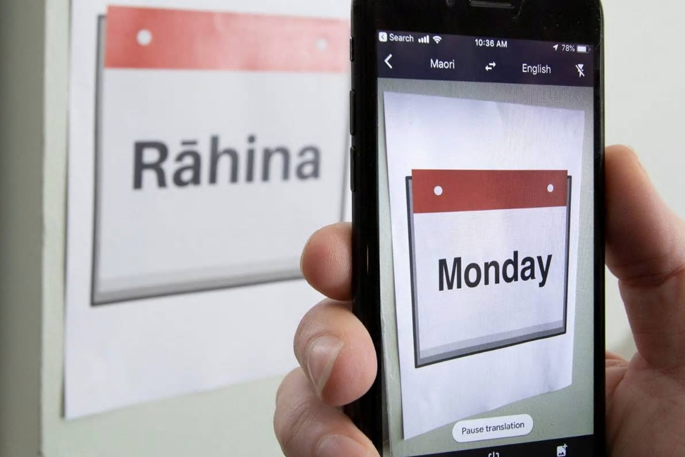 Google Translate can now recognise written te reo Māori and translate it into more than 100 different languages thanks to an update. Image: Stuff.co.nz/Supplied.

Before, the machine translation service could only translate between English and other languages.

Due to a "major update" to Google Translate which rolls out this week, smartphone users will be able to hold their camera in front of written te reo words and Word Lens will translate them.

Te reo could still be translated by physically typing text words or phrases, Google says, but some of Google Translate's built-in camera technology could produce more accurate and natural translations.

"Even better, most of the languages can be downloaded onto your device, so that you can use the feature without an internet connection."

Google says the update was its latest initiative to make the language more accessible, with a Māori version of Google search in 2008 now being used "tens of thousands of times every day".

In 2008, the technology company also worked with Spark on the award-winning app Kupu, which uses artificial intelligence to identify objects and show their names in te reo.