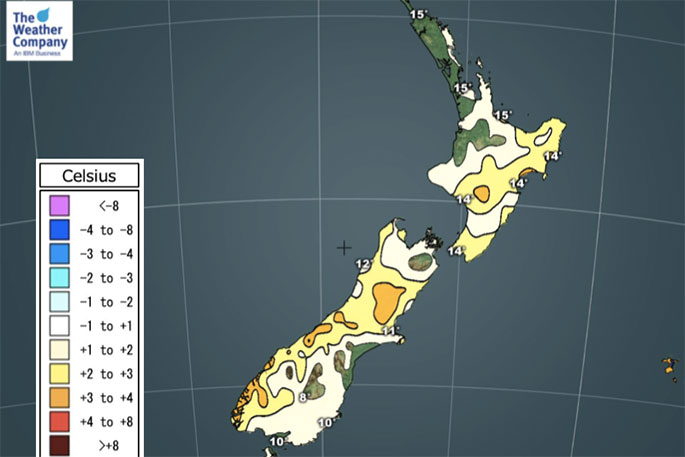 For this time of year both daytime and overnight temperatures are slightly above average in a number of regions and despite colder nights next week the days may still be mild.

A westerly flow today is turning more north west and that will make for a milder than average Thursday afternoon, Thursday night and Friday in many places, says WeatherWatch.co.nz

Westerlies continue over the weekend in northern areas then fade away later on Sunday.

Next week winds start of lighter and may be easterly for a few days (we are still expecting the westerlies to return but maybe not until later next week now).

"However easterlies and westerlies both do one thing - they don't drop our temperatures. If anything they lift them as they pass over our ranges.

"With lighter winds combining with clear skies we may have some cold nights next week but many North Island areas look frost free - or will have only very light frosts.

"Overnight lows, despite being in the last week or so of July, will be above zero in most regions. The South Island has colder overnight lows next week but only just.

"Inland Canterbury may just reach zero while Central Otago will also see cold nights but, remarkably, may still remain above zero on a number of days despite light winds and clear skies."

Coldest nights are most likely inland Monday to Thursday next week in both islands but while the nights get colder the days may be milder than normal next week due to initial easterly breezes then later on the return of the westerly flow. 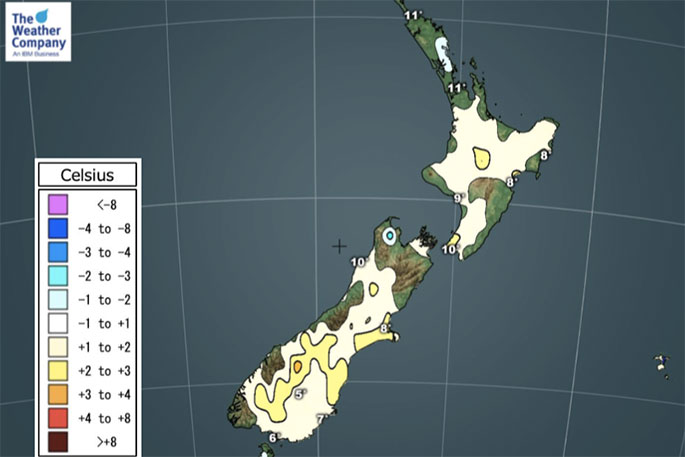 Minimum departure from normal on Friday.