That sinking feeling as a low affects NZ 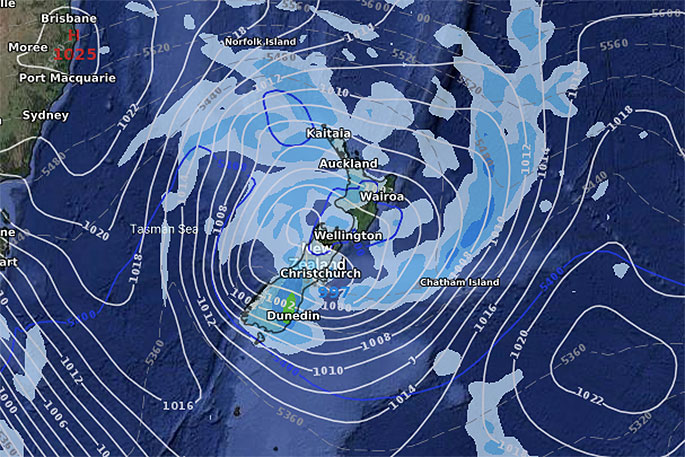 The weather map for 12pm on Saturday.

A westerly flow dominates NZ today but as we head into the weekend, a large low moves through with varying wind directions and areas of rain, showers and some snow on the ranges.

Westerlies continue today and strengthen to northerlies in some northern areas on Friday ahead of the low, while southern areas see lighter winds, says WeatherWatch.co.nz

"On Sunday the centre of the low slides northwards and should lie north of Bay of Plenty and East Cape by noon, this set up favours easterlies in many eastern areas and and lighter varying winds in the north.

"Showers hug the eastern South Island and around the north east of the North Island."

Next week actually may kick off with an easterly quarter flow but those dominating westerlies do look likely to return later next week - but may not be so powerful across next week itself (compared to this week) based on latest modelling today.

Finally, WeatherWatch.co.nz says rainfall totals don't look too extreme with a number of places getting 10 to 30mm in the next few days. 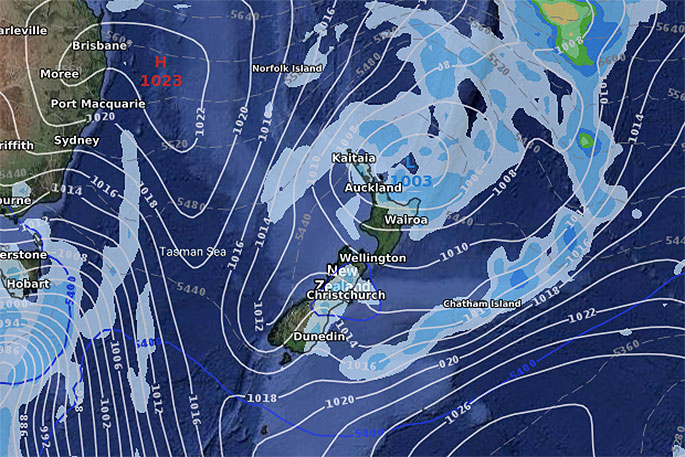