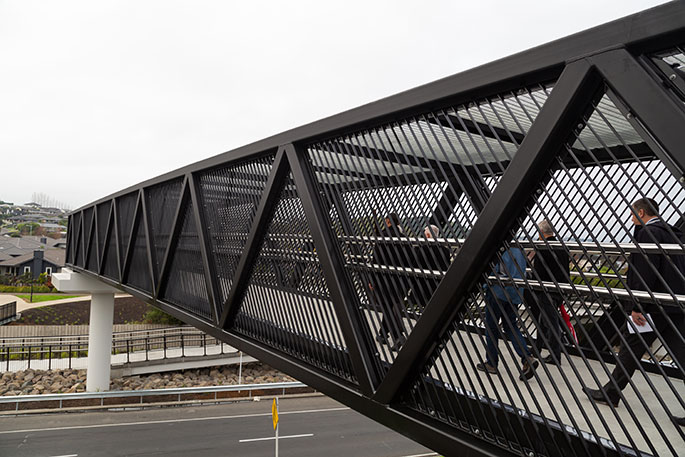 The Matarawa Pā Bridge over SH36.

The “new and improved” Kopurererua Valley track and Matawa Pa Bridge over State Highway 36 were officially opened at a small ceremony on Sunday.

Ngai Tamarawaho hapu, who have worked together with Tauranga City Council on these multi-modal projects, blessed the track and the overbridge yesterday, followed by official opening ceremonies.

Acting Director of Regional Relationships of the NZ Transport Agency, Ross I’Anson says it’s fantastic to work with the Tauranga City Council on these projects that help to increase the opportunities for people to be more active and improve key walking and cycling links between The Lakes, Tauranga Crossing and Tauranga city centre.

“With the about 258 hectares, Kopurererua Valley Reserve, or K Valley, is Tauranga’s largest reserves and is absolutely stunning with a variety of different experiences, from farmland to native bush land and ponds. I am looking forward to seeing this track get a lot of use.”

“We are proud of these projects and will continue to work in close collaboration with the NZ Transport Agency to give people safe, attractive and easy transport choices across the city.”

Tauranga City Council finished the upgrade of Kopurererua Valley’s 6km long track at the end of May and in mid-June, the Matarawa Pā Bridge was also completed.

The name of the overbridge, connecting to the south end of the Kopurererua Valley track, remained secret until the opening.

It refers to the Matarawa Pā that once stood on the hill at the end of Taurikura Drive, overlooking the awa. Te Kōpurererua River, the remnant of the papakāinga site fell victim to Tauranga’s growth and to the earth moving machines that removed the hill as part of the extension of the industrial estate that exists in its place today.

The name “Matarawa Pa Bridge" is dedicated to this memory and acknowledges the historical significance of the area for Ngai Tamarawaho.

The upgrade of the Kopurererua Valley track cost $600,000, with 51 per cent funding from the NZ Transport Agency coming from Government’s $390 million programme to make it easier for kiwis to walk and cycle around New Zealand.

The contract for the overbridge was awarded to Fulton Hogan for approximately $4.2 million - with 51 per cent funding from the NZ Transport Agency and the remainder from developer contributions. 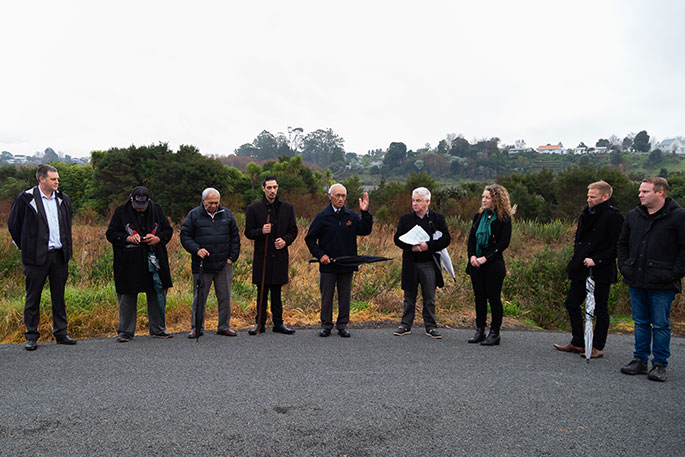