Dog blinded after being thrown at wall 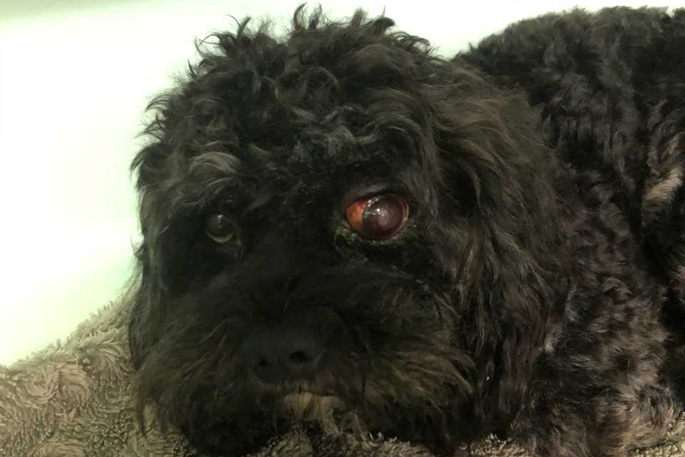 A Mount Maunganui man’s moment of anger where he threw a dog against a wall, causing it to go blind in one eye, has ended with SPCA prosecuting him.

Alexander McGregor was sentenced this morning in the Tauranga District Court and has been disqualified from owning or exercising authority over domestic pets for five years.

The case began in November 2018 when the defendant was at home with his girlfriend. The pair were caring for Rafa, a male Maltese cross-breed dog, who belonged to the girlfriend’s mother.

The defendant became annoyed with Rafa. He picked the dog up and carried him down the hallway to a bedroom. When he reached the room, the defendant threw Rafa in a rugby pass motion forcibly into the room. Rafa hit an internal wall and sustained a serious injury to his eye.

When the defendant’s girlfriend became aware of the injury, she and the defendant took Rafa to an after-hours veterinary clinic. The veterinarian found that Rafa’s left eye was prolapsed, he had swelling of the inner eyelids, and bleeding was apparent in the white of the eye.

The injury was extremely painful for Rafa, and he cried out on manipulation of his neck and face. It was confirmed that he had permanent loss of sight in his left eye.

When spoken to by an SPCA Inspector, the defendant admitted his actions and explained he had become “annoyed” with Rafa. He says that the dog was not well-trained and was “preventing him from relaxing”.

“In one moment, Rafa was blinded in one eye by the very person who was meant to be caring for him. The pain he suffered was extreme, as his eye increased in pressure,” says SPCA CEO Andrea Midgen.

“There is absolutely no excuse for violence against animals, and the life-long consequences for this dog were completely avoidable, unnecessary, and cruel.”