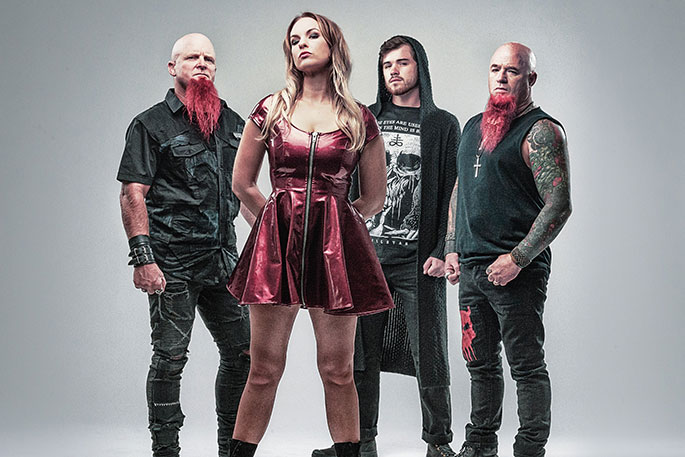 From humble beginnings in the Waikato, to gracing some of the biggest stages all over the world, Devilskin are celebrating their 10th birthday with a comprehensive NZ tour.

The Onward: A decade of Devilskin tour will kick off in Invercargill on October 3, with the band making its way to Mount Maunganui on October 18.

"It’s a party we want to take on the road to say thanks to our audience for a decade of amazing support,” says bassist Paul Martin.

“Two number one albums, Gold and Platinum, a Tui award and 20 million streams around the world. T Shirts sold and shipped to countries we can only dream of touring.

“We have had an amazing time and have made so many good friends that we feel it's important to mark the occasion with a kick ass tour.

“We will play some crowd favourites, some of our earliest songs as well as some brand-new tunes."

The Hamilton based four-piece released their latest single All Fall Down in April this year, making waves on radio playlists in NZ and the US.

Devilskin have garnered a formidable reputation and a solid fan base worldwide from their incessant touring.

A swathe of brilliant live reviews from Norway to Australia are testament to the groundswell of support for this hard-working act.
Their amazing energy and electrifying stage performance sees Devilskin continue to be personally invited to tour and play with international superstars such as Halestorm, Motley Crue, Disturbed, Korn, Five Finger Death Punch, Alice Cooper, Airbourne and Slash.
“We are extremely excited to get back on the road,” says Paul.

“We've been working pretty hard on our show, some new tunes and we are making big plans for next year but first, we really want to say thanks to our friends around New Zealand for an amazing decade of Devilry.”

Tickets available for all gigs through Eventfinda, excluding The Town Hall in Christchurch which is via Ticketek and the Powerstation in Auckland which can be purchased via AAA Ticketing.