Safer journeys ahead for godwits and redknots 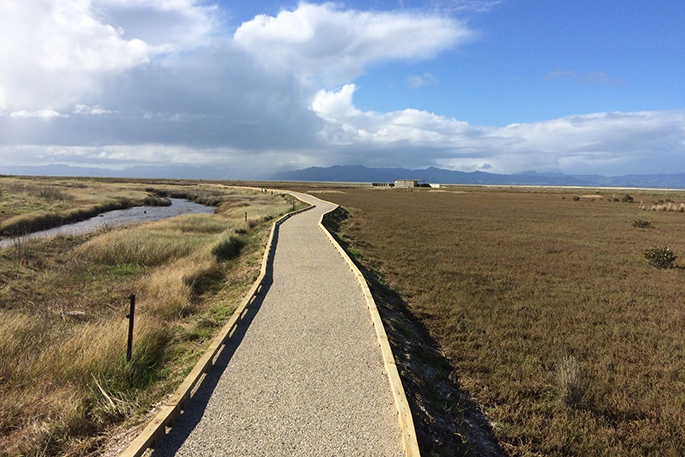 The epic 12,000km journey made by some of New Zealand’s favourite migratory birds from the Coromandel to the Arctic is set to become safer.

The UNESCO agreement, supported by New Zealand, paves the way for protection of these important stopover sites for New Zealand’s migratory native birds in the Yellow Sea.

“These tiny birds – the godwit weighing only 300-600g and red knots a miniscule 100g – make this epic annual journey from Miranda to and from their Arctic breeding grounds with only one stop en route in China’s Yellow Sea to feed,”

The specific sites the birds use will be part of a Yellow Sea World Heritage proposal to be developed by China with support from other partners in the East Asian-Australasian Flyway Partnership.

The East Asian-Australasian Flyway for migratory birds extends from Awarua Bay in the south of New Zealand and crosses China on its way to the North Slope in Alaska.

An agreement signed in May will see the Department of Conservation and China’s National Forestry and Grassland Administration work together to protect, manage and restore wetlands where red knots, godwits and other migratory shorebirds stop to feed during annual migrations between New Zealand and their breeding grounds.

“Equally important is the work being done on this side of the Pacific. The recent acquisition of the Robert Findlay Reserve at Miranda was a significant local contribution to the conservation of migratory shorebird habitat in New Zealand,” says Eugenie.

“The reserve incorporates two of the most important high tide roosts for shorebirds in the Firth of Thames. Its creation is a real credit to the Pukorokoro Miranda Naturalist Trust, Waikato Regional Council and Foundation North.

“The Trust’s ongoing commitment to promoting awareness of coastal ecology and advocacy for shorebirds and their habitats is particularly significant,” says Eugenie.

The work being undertaken at the Firth of Thames is also being supported by work at other internationally important shorebird sites such as the Avon Heathcote Ihutai Estuary. The Government is also actively developing new rules and practices to improve the water quality in our rivers and streams.

This will have a direct impact on the coastal wetlands that knots and godwits use as non-breeding areas in New Zealand and help secure their long-term survival as some of the planet’s most remarkable travellers.

Great news, global warming may stop the decline of wetlands, and thus, help migratory birds. But if fish stocks decline for those high flying winged wonders due to humans and their increase, what is gained ?