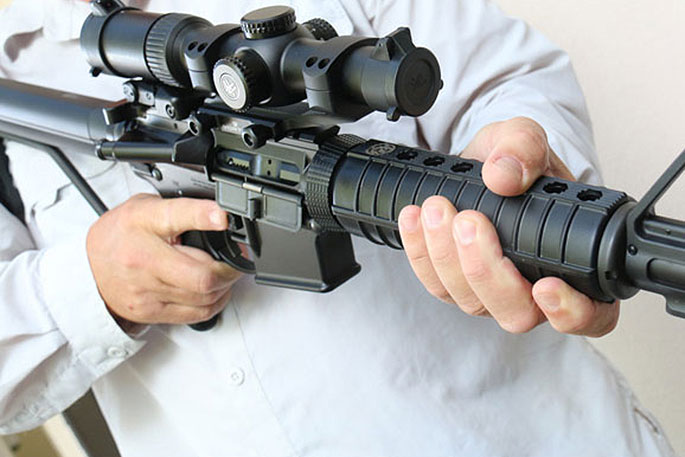 A ban was put in place on all military style semi-automatics (MSSA) and assault rifles in New Zealand, six days after the Christchurch terror attacks. Photo: Daniel Hines/SunLive.

Police Minister Stuart Nash says a solid start has been made to the gun buyback and amnesty after the first weekend of community collection events.

“Gun owners will walk away with more than $1 million in compensation after this weekend. The first payments are expected to land in people’s bank accounts over the next few days.

“Police are very encouraged by the response to the first public events at Riccarton Racecourse in Christchurch. More than 250 further events are planned for the first half of the amnesty, and more will be scheduled.

“Sunday’s efforts surpassed the turnout on Saturday and I want to repeat my praise for both Police and firearms owners who made this happen.

“The feedback to Police has been very positive. Gun owners say the process is easy and straightforward and the compensation they received is fair."

Provisional figures show that 378 people took part over the course of the weekend. A total of 542 firearms were handed in, along with 578 prohibited parts or accessories.

The next collection event is on 17 July at Waipu in Northland.

After that every Police District around the country will hold events over the weekend of 20-21 July.

“I encourage firearms owners to prepare beforehand using the online form. Others with firearms or parts they wish to dispose of during the amnesty can also drop them off at the collection days, no questions asked," says Stuart.

“Information about the collection events is being regularly updated on the Police website, and people can also phone the 0800 311 311 number for more details.

“The terror attack on 15 March is the reason we changed our laws. We know the vast majority of gun owners are law abiding and the changes are not aimed at them. They did nothing wrong. But we must act to remove the most dangerous weapons from circulation."

Details of the dates and locations of the collection events can be found here: https://www.police.govt.nz/advice/firearms-and-safety/changes-firearms-law-prohibited-firearms/local-collection-events-amnesty

Other guidance about how to prepare for the buy-back is attached by way of a diagram. It was previously released here: https://www.beehive.govt.nz/release/firearms-buy-back-scheme-strikes-fair-balance

gee great to see all the gangs and crims lining up to hand over their guns. they will still be able to get guns when they want them.

Stuart NAsh needs to go back to school to study maths. 378 licensed firearm owners turning up out of 35,000 in the region is a success? And an average rate of 542 per event (will be less) then it will net less than 10% of semi auto firearms, double that for police and gunstore hand-ins and you have exactly what Australia achieved when they did their confiscation A paltry 20%