Repeating pattern of fronts and lows 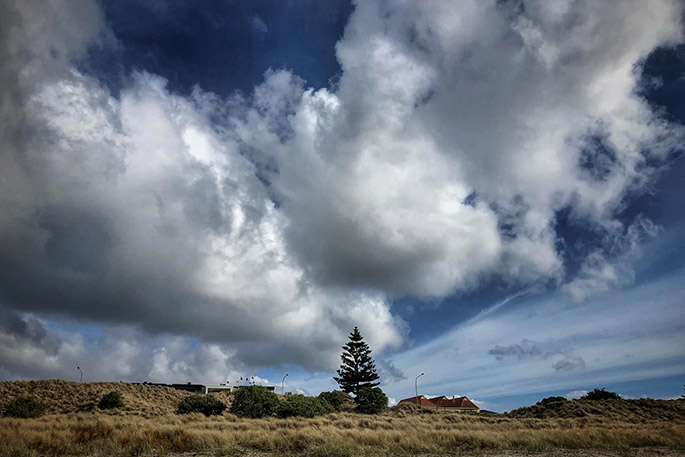 The repeating pattern of passing fronts and lows that New Zealand has experienced over the last week is set to continue into the week ahead, bringing changeable weather for the second half of the school holidays.

Temperatures in urban centres over the last few days have ranged between a 22C day-time high recorded in Masterton on Saturday, down to a -3C overnight minimum in Timaru early Thursday. Long periods of sunshine and clear skies were experienced in many places, but torrential rain and thunderstorms by some also - the most recent event bringing around 200mm in 24 hours to the western South Island, with over 4500 lightning strikes in the 24 hours to 6am Sunday mostly concentrated in that same area.

The week ahead sees a very similar pattern. Westerly winds in the New Zealand latitudes push one low pressure system after another across the country, meaning more changeable weather can be expected. The next front moves across the country from late Monday and during Tuesday, another is due Wednesday, and another from late Thursday.

“It’s not all bad, in between these passing weather systems we are likely to see some clear skies as well, and ski fields will be appreciating cooler temperatures and bouts of precipitation adding to their snow bases," says Hannah.

Unfortunately, the changing conditions mean kids on school holidays will likely need some indoor activities planned, but sunshine in the mix will allow for some outdoor fun as well.