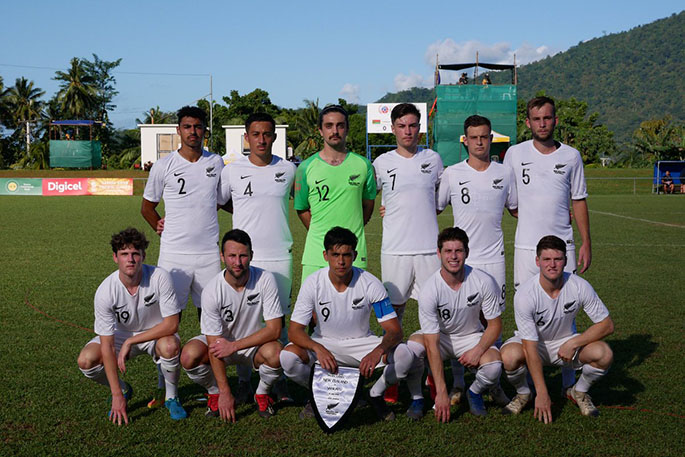 The NZ U-23 starting XI for their third pool game of the Pacific Games in Samoa. Photo: NZ Olympics

The New Zealand U-23 men have continued their unbeaten run at the Pacific Games in Samoa.

The Des Buckingham coached team, who defeated Tonga and Samoa in their opening two games, drew 0-0 in a tough battle with Vanuatu this afternoon at the J.S. Blatter Football Complex in Apia to remain top of Group A.

The Paul Munster coached Vanuatu team had the better of the game against their younger rivals. They had a handful of chances to open the scoring but were denied by determined defending and a composed performance in goal from Conor Tracey.

The draw sets up a winner-takes-all clash with Papua New Guinea on Monday. The Bob Morris coached Papua New Guinea team have gone through their first two games unbeaten and have New Zealand and Tonga remaining to finish the pool play. 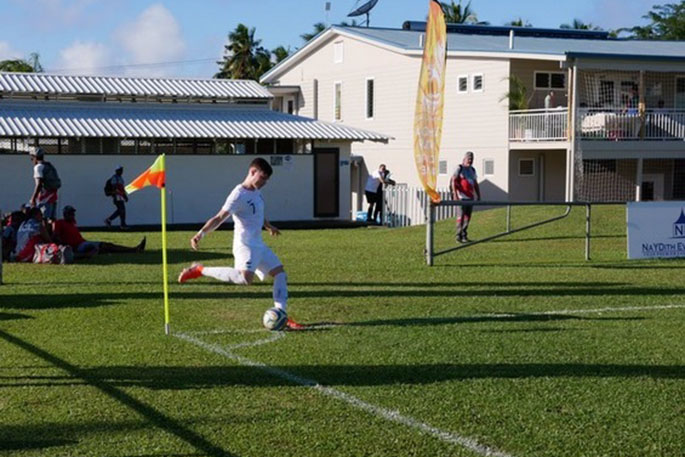 The winner of each Group will advance to the Pacific Games Final, while the second-placed teams will play off for the Bronze Medal.

Buckingham made five changes to the team that beat Samoa on Wednesday with Conor Tracey, Jordan Spain, Lachlan McIsaac, Dylan de Jong, and Byron Heath all coming into the starting line-up.

New Zealand looked to continue the flowing play that saw them win their opening two games, but Vanuatu fought hard to remain in the tournament.

Vanuatu’s Kensi Tangis and Elkington Molivakarua had the best sights on goal but were stopped by some staunch defending by Tracey and Sean Liddicoat.

The NZ U-23 men are playing in the Pacific Games for the first time to prepare for the OFC U-23 Championship in Fiji in September and October where they will look to qualify for the 2020 Tokyo Olympics.