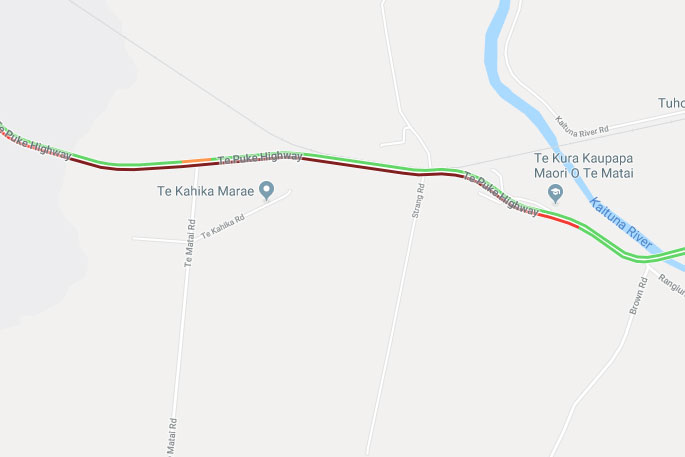 Traffic is reported to be at a standstill on the Paengaroa side of Te Puke.

A caller to the 0800 SUNLIVE news hotline says traffic is delays for about 3km near Te Matai Road.

According to Google Maps live traffic reporting, traffic delays are being reported along Te Puke Highway from Te Puke through to Strang Road.

A resident in the area says the traffic delays are because it is raining.

"Pruners are trying to get hmoe at the same time and we only have one lane."