Saving lives one AED at a time in Tauranga 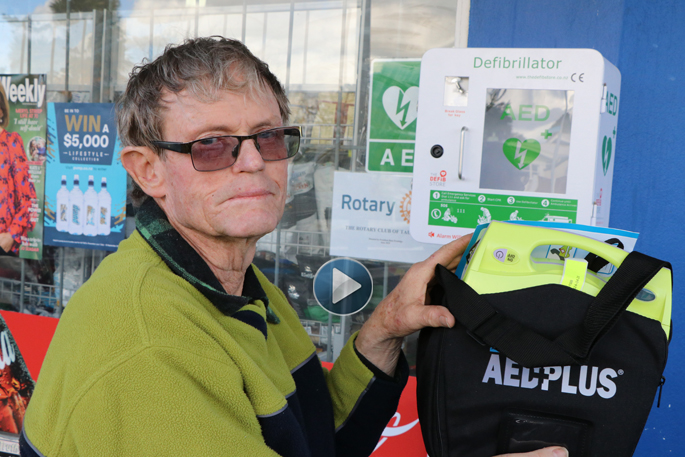 A new AED Defib installed outside the Lucky 7 Superette in Mangatapu is already up and running, thanks to the Tauranga Rotary Club.

“The AED is for someone that has a heart attack or their heart stops, you just race along, break the glass, get the key and open it, and it’s self-explanatory the machine itself.”

Ross says they decided to put the AED outside the superette because there are very few in the area.

“St John have been and had a look, and they decided the site was quite good.”

He’s also pleased that it’s outside because then it’s available 24 hours a day.

“Let’s just hope the hoons don’t get to it. That’s why we put it a little higher and we’ve actually got a security camera about us. So if there is any problems, at least we’ll know hopefully who causes them.”

“We are a couple of streets away and I might be the next one to have the problem, because I actually had a heart attack about 20 years ago so who knows, and of course we’ve heard people over the road have had heart attacks, and it was just fortunate that the ambulance was going by and they’ve actually saved two lives with one of these machines. 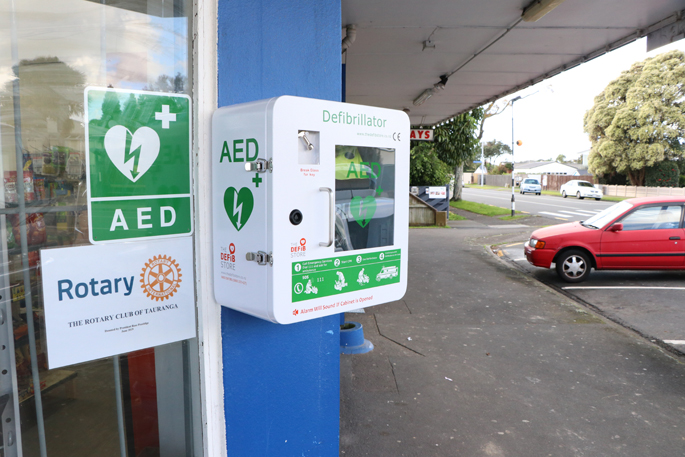 “I just think it’s imperative that more of them are put in the community.”

He says most of the funds for the AED came from funds raised from their annual book sale.

“We have it every year and we disperse funds to the community from that.

“I wanted to get it in before the changeover of presidency and next week is our change over, with Beverly Tag taking over as president.

“I’ve had 13 and a half months at this, so a bit longer than normal, but it’s a fantastic time and I hope Beverly gets on as well as I have.”