NZ windier from Sunday to next Wednesday 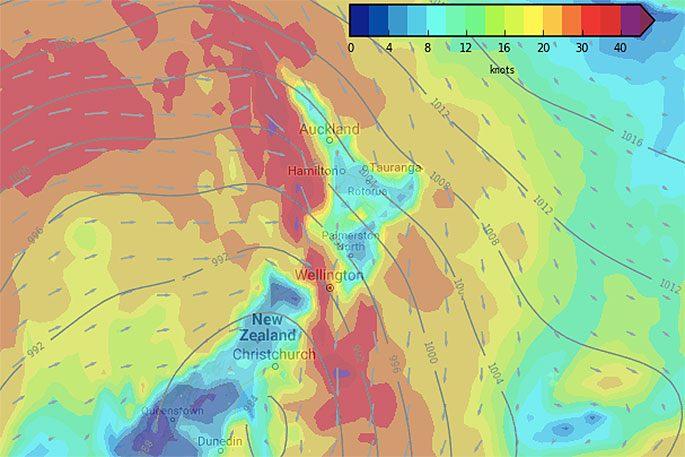 A surge of westerly winds is about to cross New Zealand with gustier conditions from this Sunday through until about next Wednesday in some parts, especially the North Island.

The westerly flow may see gale force winds for a time, in the usual exposed areas like Cook Strait and maybe coastal parts of Auckland too, but generally winds are below damaging and gale threshold.

The first windier surge is on Sunday morning as a cold front moves through with a NW flow turning W by afternoon. Winds look strongest from Cook Strait northwards then eases back later in the day, says WeatherWatch.co.nz

"Monday isn't too windy but later in the day and overnight into Tuesday another front moves in with another surge of NW winds before turning W again.

"Tuesday and Wednesday see a blustery westerly flow in some places, especially along the western coastline and exposed areas higher up." 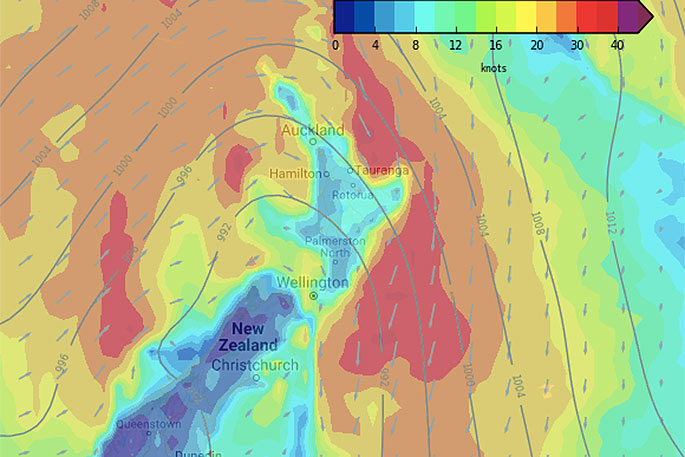 WeatherWatch.co.nz says these winds will also push up temperatures above normal for mid-July.

Not everyone has windy weather coming - some South Island areas look especially calm while in the North Island windy conditions do look a little bit patchy.

"Still, there is a windier surge of weather coming our way from Sunday to next Wednesday then calms down later next week." 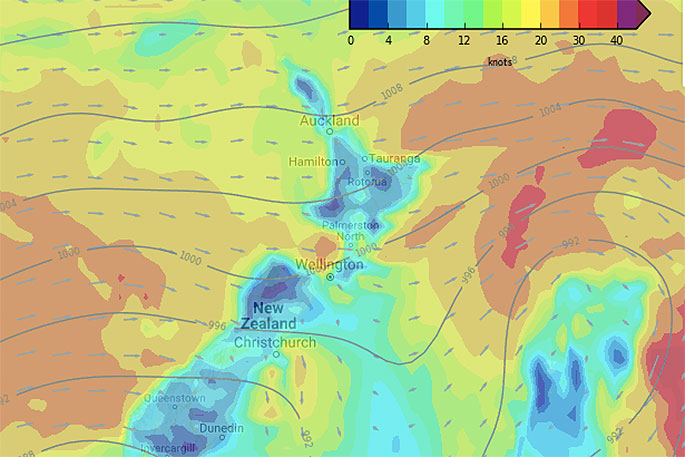