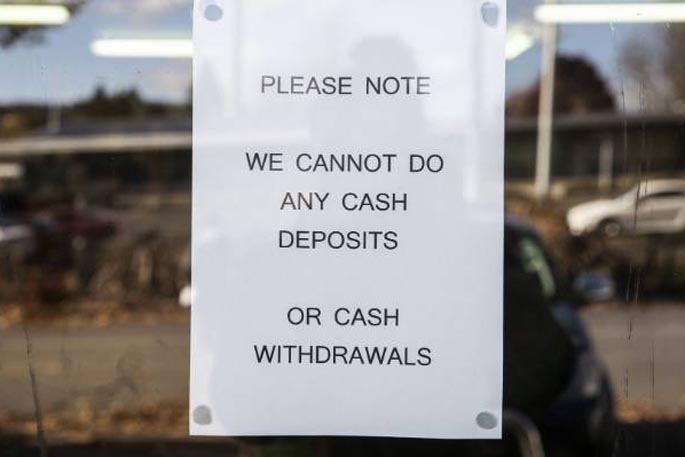 The ATM theft caused the bank to close its doors leaving the town without cash for several days. Image: Christel Yardley/Stuff.

The man accused of robbing the Murupara Credit Union's ATM machine has appeared in court on nine charges.

Keelin Kotene Ruru appeared in the Whakatāne District Court on Wednesday charged with four counts of burglary, receiving stolen property and causing intentional damage in connection to the robbery which occurred on June 3.

The 27-year-old is also charged with escaping lawful custody, two charges of assault with intent to injure and threatening to kill.

Police allege a stolen log loader was used to rip an ATM from the front wall of the local branch of the New Zealand Credit Union in the early hours of June 3.

The theft caused the bank to close its doors leaving the town without cash for several days.

The machine was found eight kilometres down the road, abandoned and unopened.

Ruru is charged with entering several enclosed yards the night of the robbery including one belonging to ISO Limited who are a major log exporter.

No plea has yet been entered.