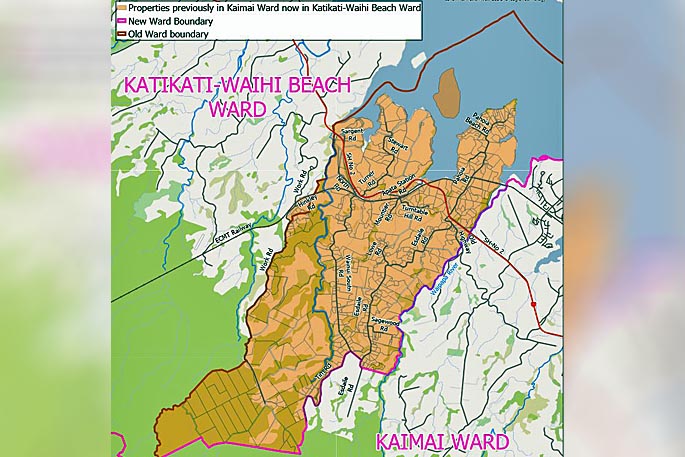 Residents living within the area affected by the recent electoral boundary change for the Katikati-Waihi Beach Ward will be voting differently in the October local body elections for Western Bay of Plenty District Council.

Prior to the boundary change, residents in this area were part of the Kaimai Ward, meaning they voted for candidates standing for that ward.

Now their vote will be for the candidates standing for the Katikati-Waihi Beach Ward – representing the Katikati Community Board.

“The boundary change resulted from the Representation Review undertaken last year by Western Bay of Plenty District Council,” says a statement from the council.

“The slightly adjusted boundary for the Katikati-Waihi Beach/Kaimai wards was the only change made in the review decision announced by the Local Government Commission in April 2019.

“The change will have no impact on 2019-2020 rates for those ratepayers within the adjusted boundary areas. However, the following year 2020/2021 the Katikati-Waihi Beach rates will apply to those properties.

“These will be signalled as part of the March/April 2020 Annual Plan process.”

The 2019 local body elections will be held on Saturday October 12. The Western Bay candidates’ information evening will be held on Monday July 22, in council chambers at Barkes Corner, Greerton, from 6pm-8pm.