Winter is ‘spluttering’ in New Zealand 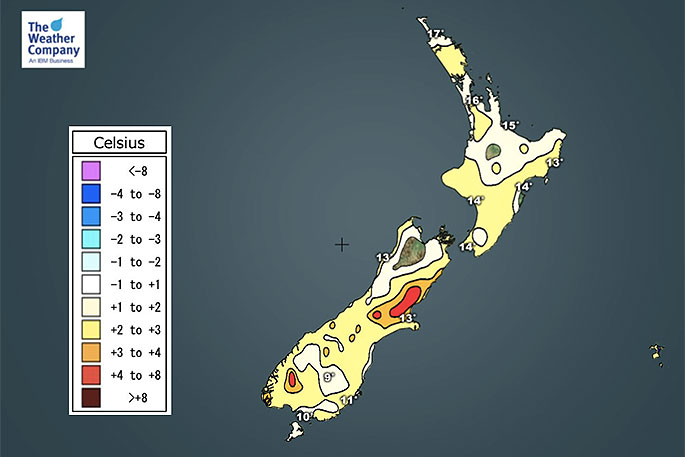 New Zealand may have already reached peak winter - and we're only at the halway mark.

"The long range forecast supports at least two weeks of mostly westerlies, which takes us basically to August.

"We still have snow and frosts in our forecasts - but only just, with northern areas like Waikato basically completely frost free for the foreseeable future.

"That isn't so common in July, but overnight lows which were recently around zero in the region will soon increasingly hover around the 8, 9 and 10 degree marks."

In the South Island and Christchurch also looks more mild overnight. Sure we do have a few 3 and 4 degree overnight lows but we also have 7s, 8s even 11 degrees.

Central Otago and parts of Southland look a little frosty over the week or two ahead but there are no severe frosts and likely no heavy frosts either.

Mostly light ones with overnight lows barely dipping below zero degrees in most main centres in the next 10 days.

"Long range data suggests we have plenty of westerly air flows (milder) for the next two weeks and while a couple of brief southerly changes (like next Tuesday and Wednesday in the south) we may also see more sub-tropical northerlies coming back too.

"Of course the peak of winter cold is usually from now until the middle of August. So if the rest of July is looking warmer than normal it really does limit how much time is left to "feel like winter". 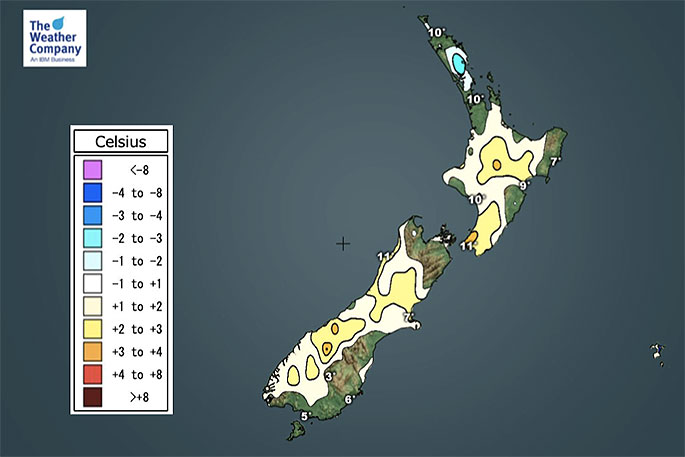 It's important to note that in the middle of August 2011 New Zealand did have a major snow event with heavy snow falling to sea level in Dunedin, Christchurch, Wellington City and even snow flurries around parts of Auckland City and to low levels in Northland, says Philip.

"So anything can happen in our part of the world. But in saying that, it was a one in 30 year event and we did have a different weather pattern that year. This year if any major southerly does happen it would likely be very short lived and bulldozed away quickly by the (currently) much more dominant and milder westerly flow.

"So winter 2019 is spluttering for now, we always need to be prepared for a sudden change and a major cold snap - but as for getting several days or weeks of wintry weather in a row nationwide, it doesn't seem to be on the cards at the moment.

"One positive is that farmers even as far south as Southland say the grass is still growing, despite some regions being well below normal rainfall-wise."