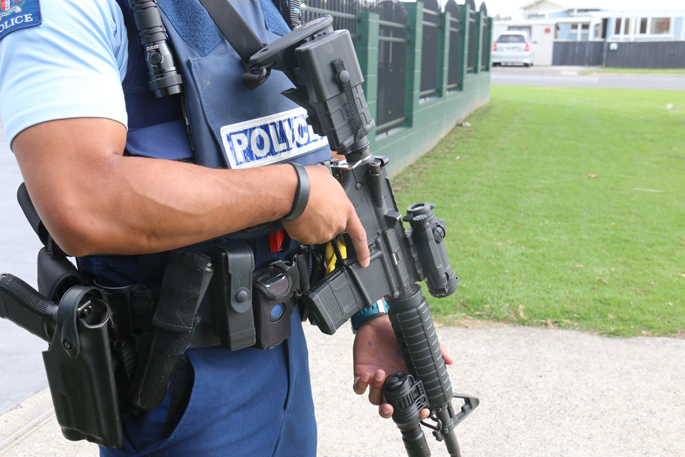 Shots were reportedly fired towards a vehicle shortly after midnight in the Bay of Plenty.

Police and the Armed Offenders Squad were called to the area on Nelson Street, in Opotiki, at 12.35am.

A police spokesperson says nobody was injured in the incident.

All three men are due to appear in the Whakatane District Court on Wednesday.

Looks a little bit over kill but I guess it’s necessary given the state of our countries P epidemic...

Wow ! That officer has Pepper Spray, Taser, Glock Semi-automatic 9mm pistol, Bullet Resistant Vest and a AR-15 Semi-automatic Assault Weapon with two 20 Rounds Magazines filled with High Velocity ammunition. Hopefully they won’t be needing any of these High powered Human Killing Weapons once all the Licensed Firearm owners hand in their sporting rifles