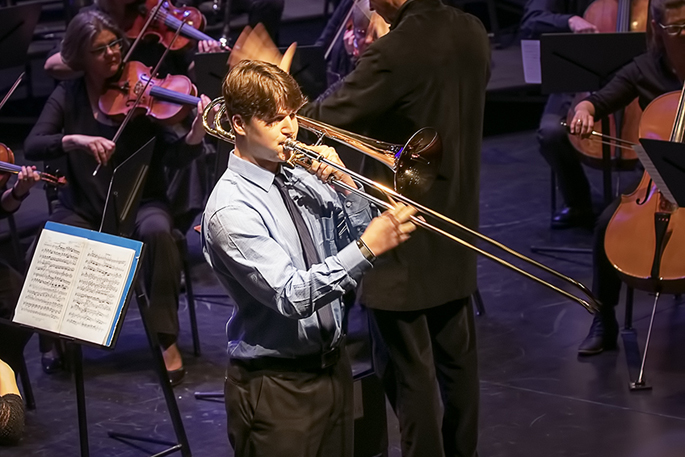 Taneatua’s Leo Read, who is a 17-year-old trombonist, took out this year’s Rising Stars competition run by the Bay of Plenty Symphonia on June 30.

The concert is held every two years, giving up and coming musicians a chance to play with an orchestra, which is something some musicians will never get a chance to do.

BOP Symphonia music director and conductor Justus Rozemond says they put on four concerts each year, with one of them being a youth concert.

“It is a competition that is open for secondary students across the Bay of Plenty, and students can enter through auditioning through a YouTube video tape.

“They play a solo piece, and we select from that six finalists, who came to the concert to play the same movement with the Bay of Plenty Symphonia as an accompaniment.”

Leo’s confident rendition of a movement from Ferdinand David’s Trombone Concertino impressed the prestigious judging panel, which was headed by Dr Peter Walls from Wellington and included pianist Katherine Austin from the University of Waikato and John Ure, previously principal French horn with the Auckland Philharmonia.

As a principal trombonist for the Eastern Bay of Plenty’s A grade brass band, as well as a proficient jazz, orchestral and piano player, Leo relished with the orchestra’s accompaniment.

“I really enjoyed the opportunity to perform with the orchestra, and playing alongside the other talented musicians was an honour,” says Leo.

The Jury’s Special Prize went to Huang Yu Li from Tauranga for her sensitive performance of Mozart’s Piano Concerto No 9.  Huang Yu hopes to further her studies in piano and make music her career.

Mayor Greg Brownless attended the concert, and presented the prizes to the winning musicians. 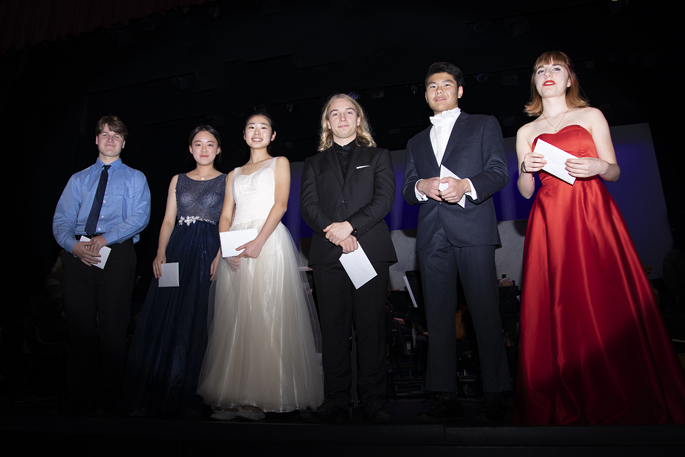