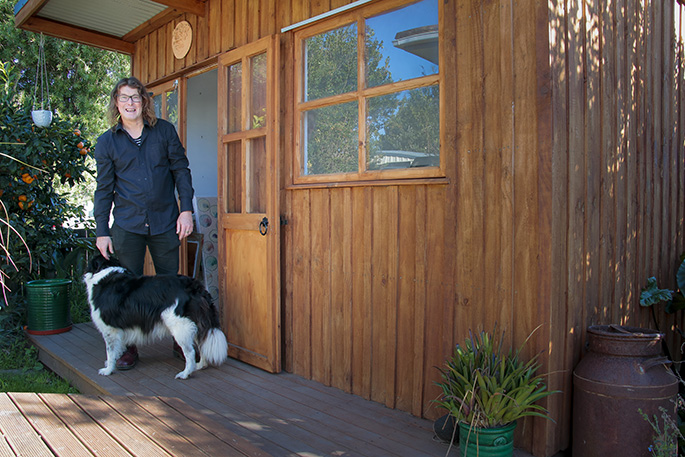 I called in to see John Baxter at his new home studio in Greerton.

It was a warm, sunny day, with mandarins heavy on a tree, and Leo the dog peeping out from under the deck.

The studio, a rustic, warm and insulated building, had arrived as two packages about nine months ago on the back of a Hiab. Lifted over the garden fence, it was assembled within three hours, and John’s personality is now clearly evident inside. The space conveys a happy and relaxed sense of light airiness. 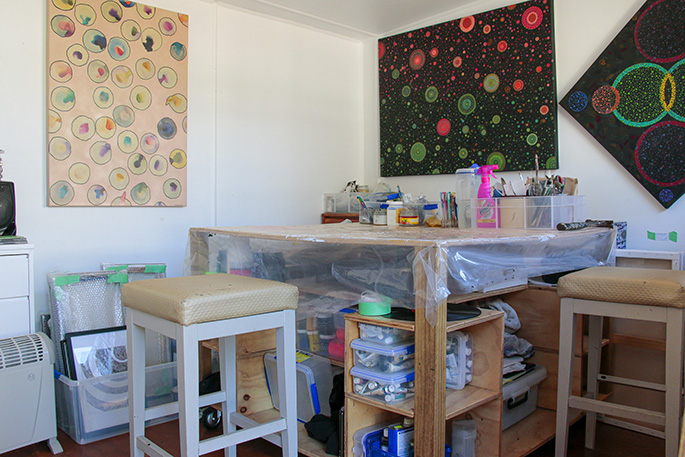 He’s been preparing about 40 pieces for his first solo exhibition.

“A lot of my stuff is based around life,” says John. “You may see it or may not see it. Anything from dealing with my mother’s death up to outer space.”

He’s captured the patterns of cells and molecules, zeroing in on the essence of life, but then reaching up to the wider concepts of our beings and beyond, infusing a sense of what feels to me like order and peace. 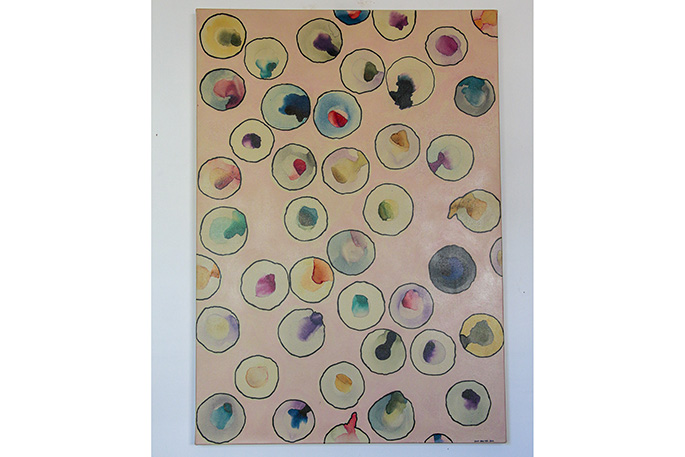 “There is that connection between the internal body and the working of the mind,” says John. “So these pieces are reflecting my thinking and dealing with life, through to the wider world.” 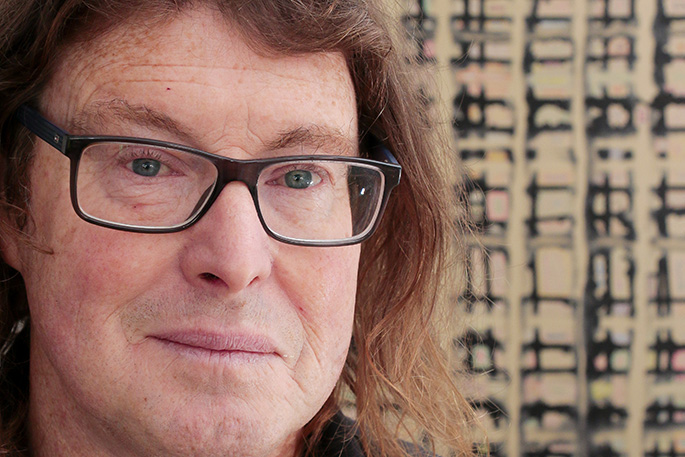 John has had many years of involvement with the arts, including an immense contribution and commitment to the vision of the Incubator Creative Hub at Tauranga Historic Village.

This week he was leading the poetry group, and is often helping with the music events at The Jam Factory.

He hasn’t been able to work full-time since injuring his neck and suffers from related chronic pain. This hasn’t stopped him from constantly trying to push through and grow an expression of his own creativity. 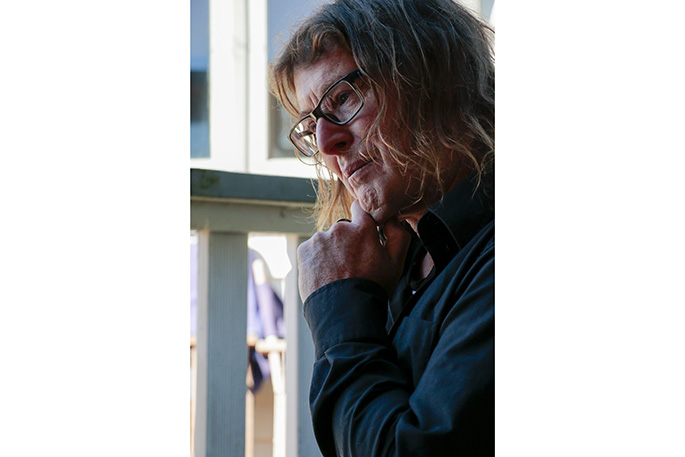 “Kristian Lomath came around and said ‘I really like your work but I’d like to see you do bigger stuff’,” says John. “That was about 18 months ago. He brought me over a large canvas and encouraged me to go for it. That started me off and I’ve been very busy this year.”

“I was working with plastics at an engineering place at the Mount,” says John, who comes from a background in cabinetry and furniture making. 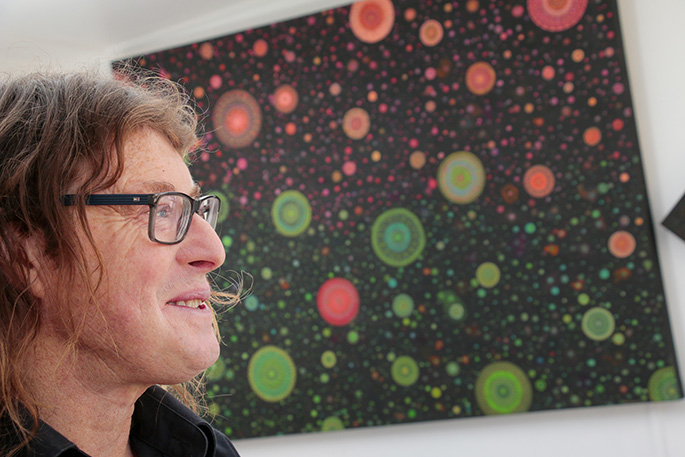 Made redundant from Design Mobel, John went on to  complete a graphic design course, saying that some people describe his art work as being more ‘graphic design oriented’. He has his own unique signature style though that is beyond that, showing a confidence with colour, and reflecting his point of view.

I’ve only seen three of his new pieces from this new body of work, and expect that they will surprise and delight others as much as they did for me.

John's exhibition opened at The Incubator, on Friday July 5, at 5.30 pm, and runs for three weeks. 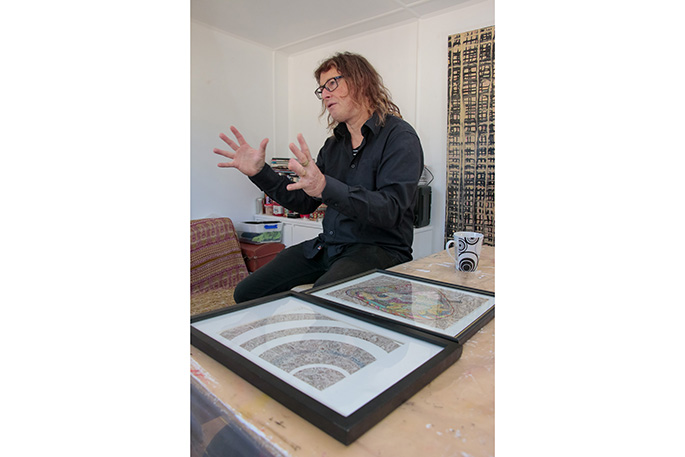