Don’t lie to the smoking lady 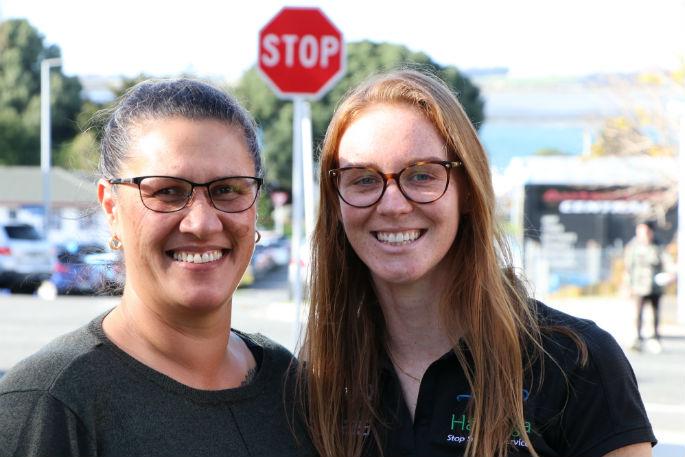 “They don’t need some smug, holier than thou type, telling them why they should quit.”

But they do need Candy Blackwell because she’s been there, knows what it’s like.

“I am an ex-smoker. Your cigarettes are there for you for the good times and the bad, they don’t judge you. It is a horrible, horrible addiction to have.”

Nowadays the lapsed smoker is the conscience of the would-be quitters – one of six ‘cessation practitioners’ in the Bay of Plenty’s free stop smoking support service. It’s called Hapainga – the uplifting journey.

“I keep showing up and that keeps them motivated. They don’t want to lie to the smoking lady.”

“No! An awesome rewarding task and I think we are making inroads.”

Although there are days Candy Blackwell, cessation practitioner, just wants to go home and cry.

Candy was setting up one of her more successful ‘quits’ to talk to The Weekend Sun about her experience.

“I walked out of my office to talk to her and caught her standing by someone’s car having a cigarette.”

“It’s such a huge addiction and they have every reason under the sun why they can’t stop. You can see they are struggling financially, they have massive health issues and they’re not taking ownership of their problems.”

And there’s empathy. “People fall off wagons every day. I fall off my wagon every day. I wake up saying: ‘Right! today I am going to be healthy’ and by mid-morning, I am eating a pie. So we don’t judge.”

The Bay of Plenty free stop smoking support service, Hāpainga, is one of 16 services under the Government’s goal of Smokefree Aotearoa 2025. It has one goal – to get people stubbing out.

Hapainga is one of the top three services nationally - consistently achieving a minimum 75 per cent successful quit smoking rate at four weeks.

Candy Blackwell has a proof-of-performance anecdote which makes her want to go to work on a Monday morning.

“I had a young couple who both smoked – four children, a car that needed repairs and they couldn’t afford it. But once they stopped smoking they got the car fixed and they had savings. The money they had been smoking was now going back into the house and the well-being of the family. They were just so grateful for us persevering with them.

“Now that’s awesome, makes everything worth it.”

The cessation practitioners says theirs is just reflected glory.

“We don’t do the work,” says Candy, “the quits do the work, we just go along with the support and create some accountability.”

The service doesn’t see itself as the ‘smoking police’.  However when she saw a road worker smoking and vaping, she had to step in.

“I told him I didn’t mean to be rude, I was just doing my job, but what he was doing was not okay.”

He was ‘cool about it’ and moments after the conversation he was in Candy’s office getting some patches and his smoking mates were after help.

“I don’t know if they quit, but we sowed the seed.”

It’s probably a calling rather than a job. And she admits she does overly connect with people.

“I am a sponge. It’s pretty hard not to get emotionally involved, because on the way to quitting they open up about more than their smoking. I get to know all their problem and all their vices by the time we are finished.”

“None of them want to talk to you because pregnant women hide the fact they are smoking. It’s guilt. And if they haven’t given up in the first 12 weeks of their pregnancy, then they won’t."

There’s another driving force for Candy. She lost her mother to smoking related lung cancer.