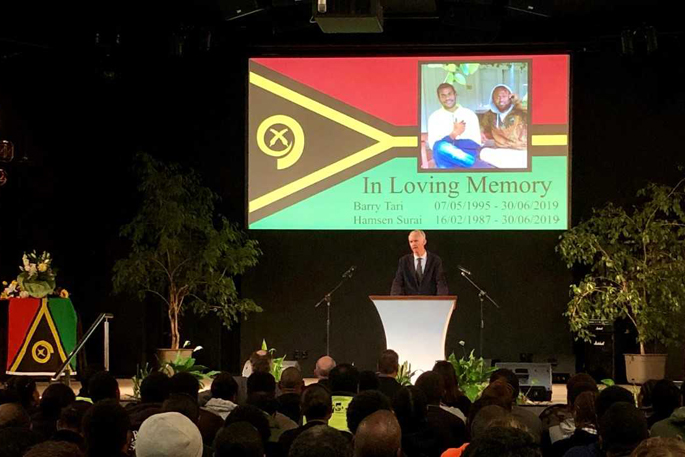 More than 500 people attended a memorial service in Te Puke this afternoon to remember 32-year-old Hamsen Surai, and 24-year-old Barry Tari who were killed in a car crash in the early hours of Sunday, June 30.

Hamsen and Barry were both seasonal workers from Vanuatu, working for Trevelyan’s Pack and Cool Ltd in Te Puke during the peak kiwifruit season.

Attendees at the service included a large contingent from the Vanuatu and other Pacific Island communities, as well as those from Trevelyan’s, the wider kiwifruit industry and Te Puke residents.

It was Hamsen’s fourth season working for Treveylan’s, and the first for Barry Tari.

Leading the service, Treveylan’s managing director, James Trevelyan gave a moving tribute for Barry Tari and Hamsen, acknowledging their achievements, passion for their families and for Vanuatu.

“Hamsen and Barry both came to New Zealand with a dream – to make a difference and a brighter future for their families in Vanuatu. And they were both able to achieve this, even in their young lives.

“They made many friends here in Te Puke, and they will be sorely missed by us all, and by their family and friends in Vanuatu.”

Also addressing the service, orchard owners Barry Roderick and Lyn Govenlock offered some entertaining insights into Barry Tari and Hamsen, who both worked on their orchard.

“They were both larger than life, extremely likeable and sociable –and regularly offering genuine invitations for people to visit Vanuatu.

“You could always hear them laughing and singing, and they were loved and respected.

“Our ‘boys’ are treated like they are our own, and our hearts are breaking for ourselves, and for their families, in Vanuatu and here in New Zealand. We will make sure they are never forgotten.” 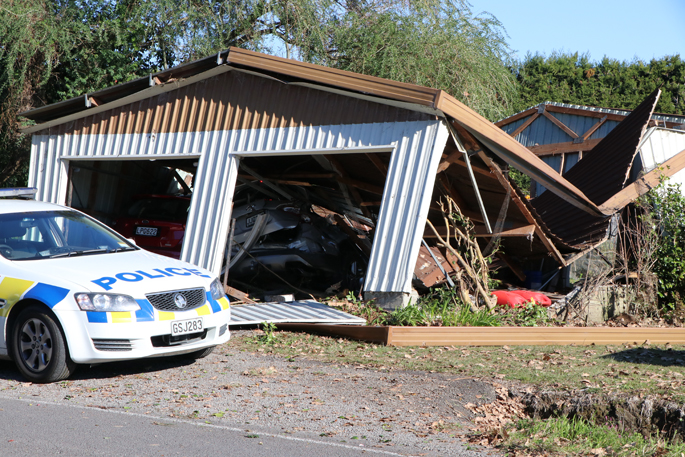 The scene of the accident. Photo: Daniel Hines/SunLive.

Grower Wayne Crawford worked with Hamsen on his orchard for several seasons, forming a close bond with Wayne and his family.

“He was a huge character and always had a tale to tell. He was one out of the box.”

Sanianna Trief, the First Secretary from Vanuatu High Commission, extended the Commission’s sympathies to everyone involved, including the families in Vanuatu and for those in Te Puke.

“They have left beautiful memories and touched our lives in many ways. They will be deeply missed.”

Mr Trevelyan says the company will continue to support everyone who has been impacted –both in New Zealand and in Vanuatu.

The company has established a Givealittle page to facilitate and co-ordinate financial and emotional support for those impacted.

It can be found at https://givealittle.co.nz/cause/funds-for-the-families-of-hamsen-surai-and-barry

“We have been overwhelmed by the messages and offers of support that we have received from our local community and the kiwifruit industry, as well as the rest of New Zealand and across the Pacific Islands. It is greatly appreciated.”