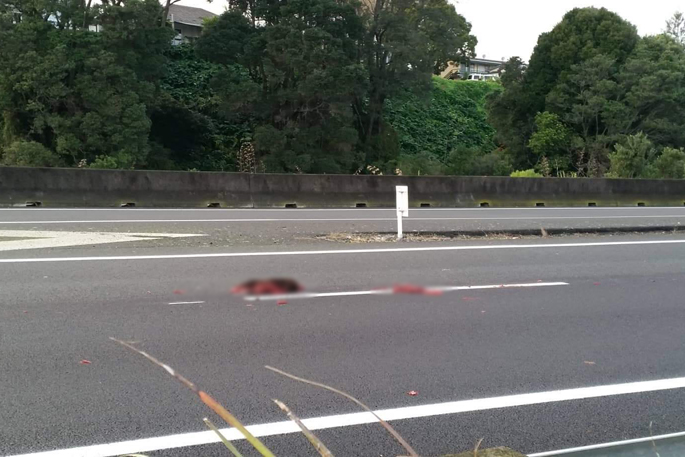 A Tauranga man came across an unpleasant surprise on Takitimu Drive while walking to work this morning.

Paul Cuming says at around 7.45am he saw a dead seal on the road.

“It’s probably come over in the night time, of course you can’t see it as it’s a black seal.

“It’s been hit pretty comprehensively as you can see by the pictures.”

Paul, who is a founding trustee of the Western Bay Wildlife Trust, says he thinks seals are becoming more common around the area.

“Obviously if you put more seals into the area they are going to go into more places, which is probably a natural assumption.

“I’ve reported it to Tauranga City Council, and seal didn’t come up in any of the categories, so I reported it as ‘clean up’.

Paul says the seal was only a pup, and it must’ve gone under the rail on Takitumu Drive.

“It got about halfway across.

“When you turn right on Elizabeth Street heading towards the flyover, it was in the merging lanes.

“It was not the surprise I wanted to have this morning actually.”

The Tauranga Department of Conservation's response ranger is assessing the situation and may remove the seal for appopriate disposal.

"We encourage the public to call the DOC Hotline to report incidents like these so we can respond appropriately," says a DOC spokesperson.

The Department of Conservation rangers are preparing for an annual influx of calls relating to seals.

Seals are marine mammals, however, they spend much of their time on land – particularly between June and September. 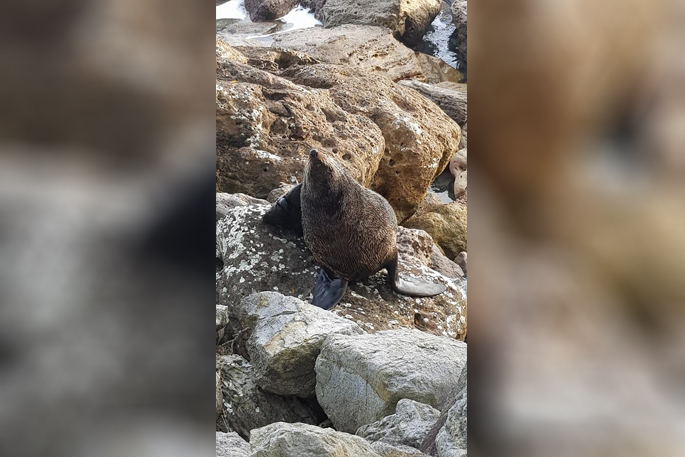 Image: Wayne Shadbolt captured some of the seals around the bottom of the Mount on Thursday, July 4.

DOC advises staying at least 20m away from a seal, not to touch or feed the animal and to keep dogs on a leash, under control and away from seals.