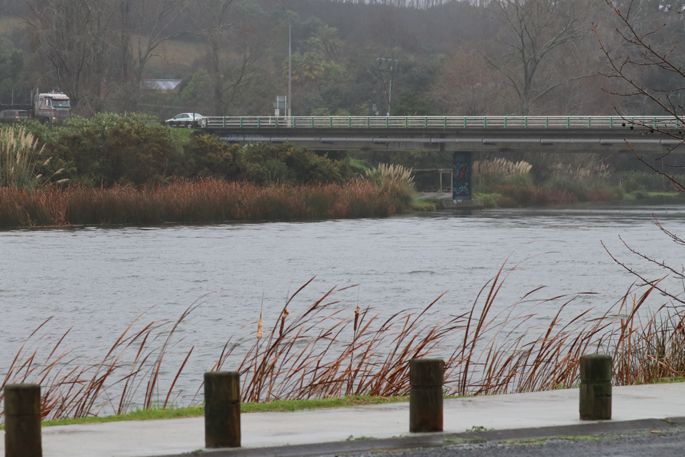 UPDATED: 5.52PM: The Bay of Plenty Regional Council Flood Room has been activated since 1pm today to closely monitor the effects of the current weather system on our region’s rivers.

Earlier today, under the procedures set out in the Lake Matahina Management Plan, Mark requested that TrustPower spill water from the Matahina Dam in preparation for an expected 8am Friday peak of the Rangitāiki River.

Farmers with properties adjoining the Rangitāiki, Otara, Waioeka, Whakatāne and Tauranga Rivers have received an automated message to move stock to higher ground in preparation for river rises predicated to occur this evening and overnight.

In anticipation of debris being brought down the Whakatāne River, the Harbour Master has asked boat owners to remove moored vessels.

Rotorua Stream levels are being monitored. The Kaituna River is not expected to reach warning levels.

Please monitor the Bay of Plenty Regional Council Facebook page and listen to local radio stations for any updates or changes following the next Situation Report which is due at 8.30pm.

The Bay of Plenty Regional Council are advising residents around the region that the Whakatane and Tauranga rivers will reach first warning levels in response to rainfall during the early hours of Friday morning.

"Farmers with stock on low-lying areas adjacent to the Whakatāne and Tauranga River’s are advised to immediately move stock to higher ground. Bay of Plenty Regional Council staff are continuing to carefully monitor the situation," says a regional council spokesperson.

Rainfall of up to 50mm has been recorded in the Rangitāiki catchment over the past 24 hours, prompting a dam spill warning.

The Bay of Plenty Regional Council is advising that stock on low-lying land immediately beside the Rangitaiki River and particularly in areas upstream from Te Teko be moved to higher ground, due to a risk of flooding.

“This warning does not apply to areas protected by stopbanks and the Regional Council stresses that there is no risk of flooding in Edgecumbe or the Rangitāiki Plains area,” says a statement from the council.

“Rainfall of up to 50 mm has been recorded in the Rangitāiki catchment over the past 24 hours.

“As a result, current river inflows into the Matahina Dam exceed generation capacity and Trustpower has advised that water will be spilled from the dam.

“The increased river flow means that floodwater could cover land immediately beside the Rangitāiki River.”

Eastern Bay of Plenty habourmaster Isaac Tait is also calling for everyone to bring their boats into the harbour, off their moorings on Whakatane River.

"It's going to flood.

“We are going to get a heap of debris come down, and they could end up losing their boats if they stay out there,” says Isaac.

Although residents have not been preparing for floods, he says the community is well used to it as flooding is not uncommon in Whakatane.

“All of the boat owners are being contacted and we are asking them to come in before dark for safety reasons.

“The majority of the problems not meant to hit until tomorrow morning, so we should be okay as long as everyone gets their boats in shortly.”

According to MetService, Whakatane residents can expect heavy rain this evening, however it should ease by Friday morning.

A second deluge of heavy rain is hitting the Bay of Plenty this afternoon.

WeatherWatch.co.nz says the north of New Zealand is wedged between two huge highs, with the sub-tropical fuelled ran trapped in between them like a small car stuck between two big trucks.

“The rain moves as the same speed as the big highs on either side.”

The north of #NewZealand is wedged between two huge highs, with the sub-tropical fuelled rain trapped in between them like a small car stuck between two big trucks. The rain moves as the same slow speed as the big highs on either side.