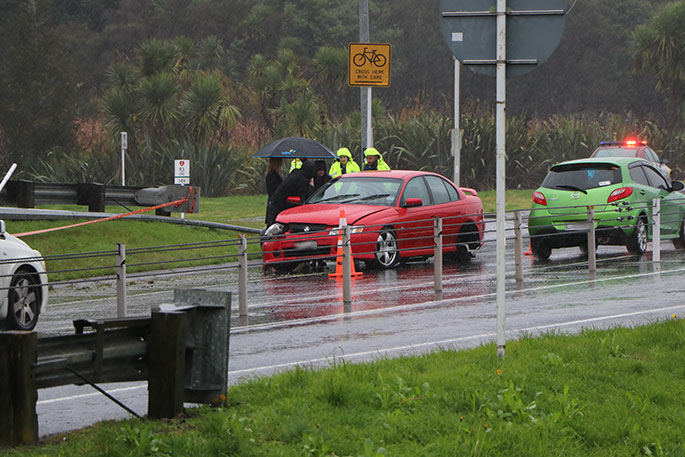 A car has crashed into a lamp post along State Highway 2, this afternoon

The crash has occurred near the Waihi Road overbridge, near Bethlehem.

Photos taken by a SunLive photographer shows the vehicle facing the wrong way on SH2 blocking one northbound lane.

“One lane is partially blocked, with traffic still able to get passed.”

A police spokesperson says they were called to a vehicle collision at the Waihi Road off-ramp, Judea, at around 12.40pm.

"The crash reportedly involved one vehicle and one lane is blocked." 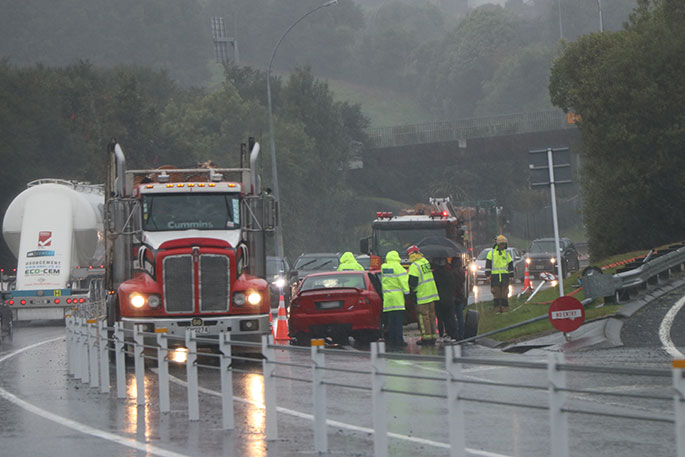 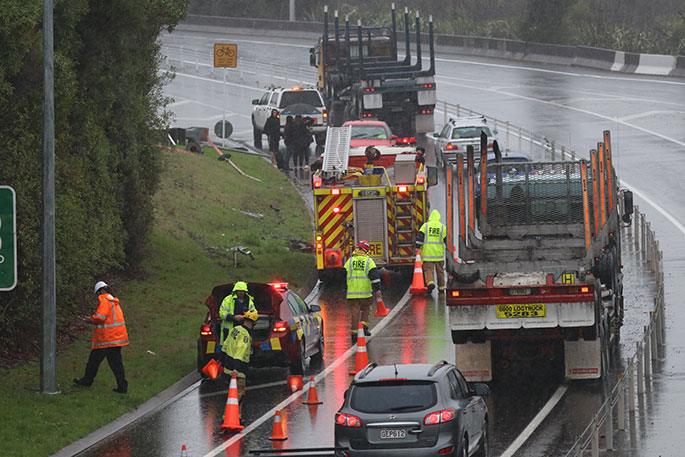 when are the police going to do something about all these poles and trees and things that keep jumping out onto the road. gets very tireing having to watch out for all these things as well as stupid drivers.