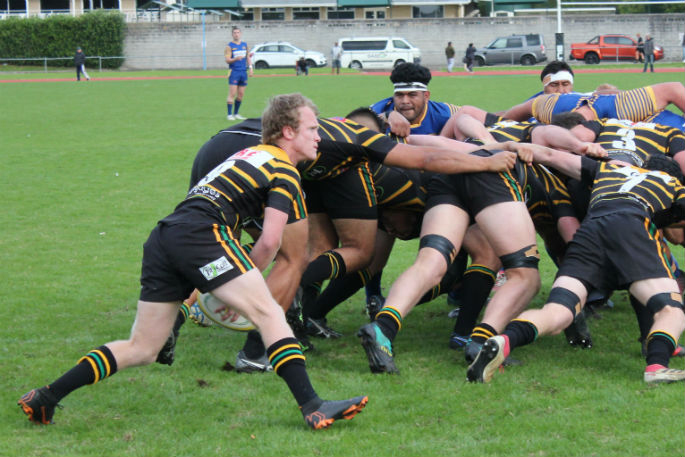 Greerton Marist will look to secure a semi-final birth when they host Rangataua this Saturday.

It’s the final round of match play in the Farmlands Co-operative Baywide Men’s competition and the formula is simple for the Western Bay of Plenty side. Grab a win and they’re through.

The formula is the same for Te Puke, on 19 points, and Greerton Marist, who have 18 points,  sit third and fourth respectively on the points table.

However, a loss for either of the teams leaves the door open for Mount Maunganui Sports, on 16 points, to sneak past them.

Te Puna and Tauranga Sports have confirmed themselves a home semi-final spot with both teams sharing first with the two sides having 26 points apiece.

Greerton Marist coach Kane Parker says his team is mentally ready, however they are not taking anything for granted for the upcoming match against bottom of the table Rangataua.

“Rangataua is a very proud club and I’ve never been part of any team or coached a side against Rangataua where it’s easy. It’s going to be a tough day at the office.

‘’To me, I’m looking at it, that we are playing a very tough side and that’s how we’ve got to plan.”

Parker says he will play a full-strength line-up for Saturday’s game being played at Greerton Park.

‘’We can’t rest anyone. It would be great to be able to do that and save something for the semi-finals, but it is what it is.’’

In the other matches in the round, Te Puke host Rangiuru at Murray Salt Stadium, Mount Maunganui Sports take on Whakarewarewa at Blake Park: Sir Gordon Tietjens and Tauranga Sport play host to Te Puna at Tauranga Domain.

Development matches kick off at 1pm and Premier Matches at 2.45pm Click here for draws and kick off times for all matches.