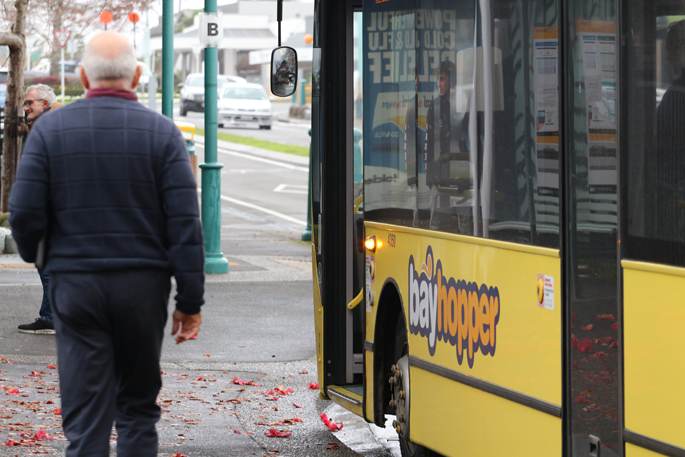 A Bay of Plenty social gerontologist is making life a lot easier for elderly residents around the region.

Carole Gordon has been given the green light from the Bay of Plenty Regional Council, after she proposed SuperGold card holders to have extended travel time on buses.

After consuming her entire summer on the research project, the decision was ratified in the 2019-2020 Annual Plan at a Bay of Plenty Regional Council meeting on June 27, and an implementation date is expected shortly.

Carole says she has been encouraging the regional council and the city council to consider the rapid aging population for more than 20 years.

“A focus on the transport policy was really important, and transport enables the self-determining, and even just to get to the supermarket is hard work for people who don’t drive.

“We’ve got to have more compassion as a society in terms of how we enable people to have a good life in their later life.

“Well healthy people wouldn’t want to walk too far with their milk and their groceries.”

Carole is trying to get the buses to link in with the communities, by frequently travelling to shopping centres and medical facilities.

After copious amounts of research and engaging with many elderly citizens, Carole says she had a great response, and some people now catch the bus who didn’t before.

“The gold card can now be used for free on the bus from 9am until 9pm, whereas earlier, there was a restriction from 3pm until 6.30pm.

“This meant people couldn’t go out in the afternoon.”

The afternoon restriction was originally due to the national budget and an allocation at a government level to provide the gold card travel.

The regional council are currently organising their ticketing, and the extended hours are understood to come into effect shortly.

As a social gerontologist, Carole says she has been working in researching the elderly for a long time.

“For the project there were large numbers of people, some filled in a survey and some attended meetings and workshops.

“I also did interviews with individuals in little community groups.”

One of the main findings in Carole’s research was the buses not travelling to where the elderly people would like to go, and Carole hopes the regional council will look at changing their routes.

Despite being happy with the success of her project, Carole says she mainly gets joy from the elderly people who will soon be able to travel from nine in the morning until nine at night.

“I’ve been taking older people to the meetings so they can learn how the council processes work.

“I think it’s the first in New Zealand that a regional council has decided to extend the time, because nationally it stops from 3pm until 6.30pm, except in Auckland which has special dispensation for the ferries.

“Now our older people can hop on a bus and go to the movies.”