Kings gearing up to perform in Tauranga 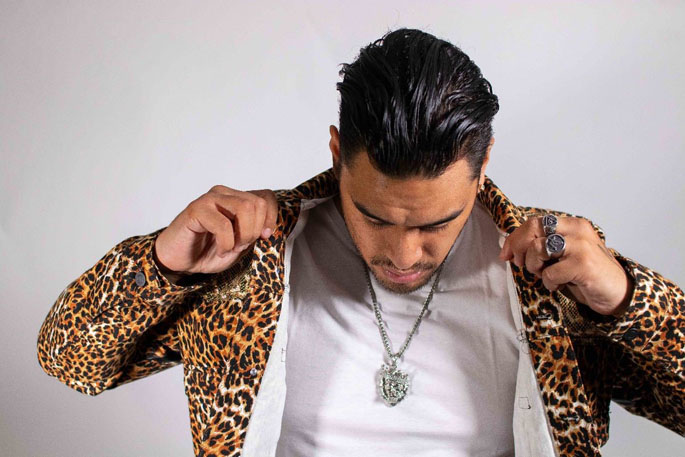 Kings will perform in Tauranga on August 23. Image: Supplied.

Fans of Kiwi hip-hop artist Kings are in for a treat as he sets off on his ‘Flex Tour’ starting this August.

He will be embarking on his first ever nationwide tour of New Zealand, and will perform in Tauranga on August 23.

Kings says this will be his first headline show of his career, and is a long time coming.

“At the very beginning of my career when ‘Don’t Worry Bout’ It’ first dropped, it was kind of like you should probably do a tour now, and between me and my management we just decided not to and we ended up playing so many shows instead, and did a bunch of shows all around New Zealand so the timing’s perfect because I’ve had experience now, just a love for the game, and I have some fans to actually perform to which is cool.”

Kings says these upcoming shows is the first time he has been able to take control of everything.

“I’m doing the music, I’m doing a light show, and then I’m doing the visuals as well. So it’s really exciting to really give it everything you know, give it my all.”

He says for fans attending his show in Tauranga they can expect a bunch of energy.

“Especially with the weather, I’ll make sure they are warm by the end of it.”

Kings will be joined on the tour by The Katayanagi Twins who will be opening at the shows. The Kiwi DJ duo - Rain and China are fast making a name for themselves on both sides of the Tasman in the music and fashion scenes. They’re guaranteed to get the party started!

Kings has been making waves across Australasia since bursting onto the scene in 2016 with his smash hit ‘Don’t Worry ‘Bout It’. It was one of the biggest local releases that year, surpassing the record for the longest #1 on the NZ Singles Chart, and spending a whopping 33 consecutive weeks at the top.

Kings is now back with the single ‘Flex’ from his forthcoming new project. An upbeat hype track that celebrates personal wins and a positive mental attitude, it’s only fitting that the track’s title lends itself also to the name of his tour.

Alongside performing his new single ‘Flex’ on the tour, he says he will play some unreleased tracks from his new project.

“I can’t wait and like that’s probably one of the coolest things is being able to travel and see New Zealand.

“Much love to everybody who’s been supporting and I can’t wait to perform,” says Kings.

Kings will be performing in Tauranga at Totara Street on August 23. Tickets are available now from Ticketmaster.

Kings new single ‘Flex’ is out now and the music video dropped on July 2.