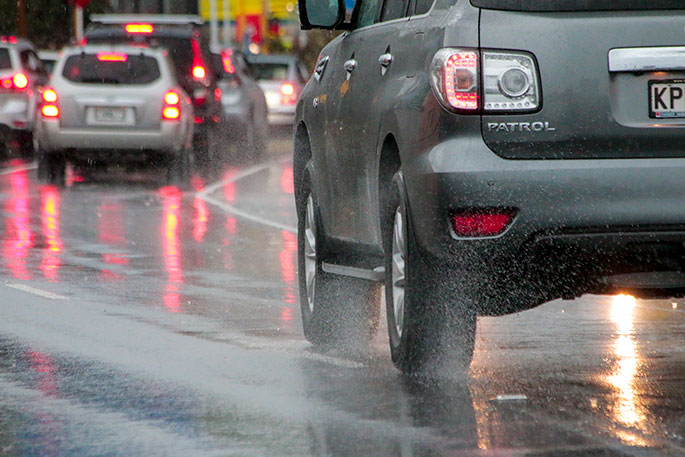 Motorists are being warned to drive to the conditions. Photo: Bruce Barnard/SunLive.

People in the North Island are being warned to brace themselves for heavy rain, strong winds and possible snow.

The MetService has issued a heavy rain warning for many areas of the North Island, including the Bay of Plenty.

“A front, preceded by a moist and strong northerly flow, is forecast to move north across central and northern New Zealand during today and Thursday.

“This will bring a period of heavy rain to northern and western areas, strong winds to central parts, and the possibility of heavy snow to parts of the Gisborne and Hawke’s Bay ranges.

“People are advised to stay up to date with the latest Warnings and Watches in case areas are upgraded or added.” 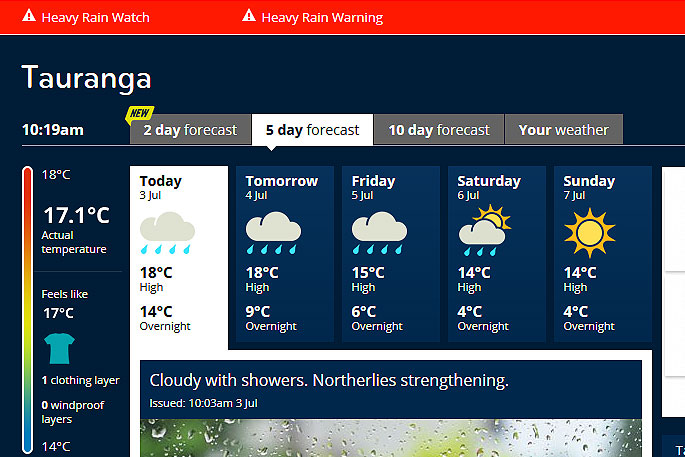 Area: Bay of Plenty east of Opotiki and the Gisborne ranges including northern coastal areas out to East Cape

Valid: 18 hours from 9am Thursday to 3am Friday

Valid: 14 hours from 1pm Thursday to 3am Friday

Forecast: Expect 80 to 120mm of rain about the ranges, with 60 to 80mm possible elsewhere. Localised downpours of 25 to 35mm are possible in the ranges.

Valid: 20 hours from 10am Wednesday to 6am Thursday

Valid: 5 hours from 10am to 3pm Wednesday

Forecast: Expect 50 to 70mm of rain to accumulate on top of what has already fallen, with peak intensities of 10 to 20 mm/hr.

Valid: 15 hours from 3pm Wednesday to 6am Thursday