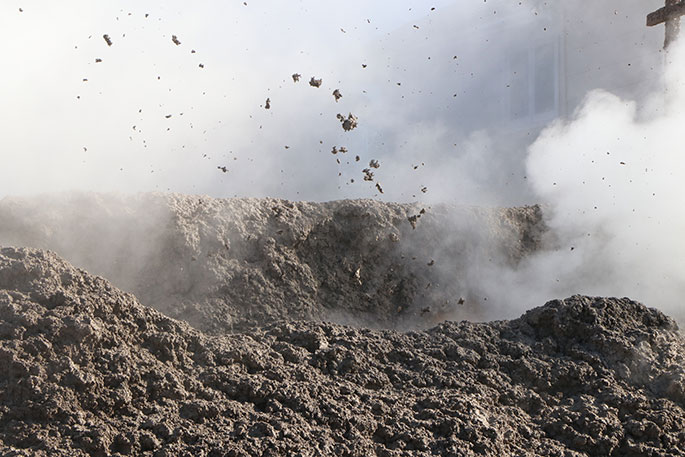 The fumerole opened up at the Rotorua property last week. Photos: Daniel Hines/SunLive.

Members of the public are still being warned to “stay well clear” of a recently formed fumerole in the Bay of Plenty.

Rotorua Lakes Council reports there are no “significant changes” to the geothermal feature which emerged at a Meade Street property in Whakarewarewa, Rotorua last week.

“The mud pool remains active and we are anticipating some further ground collapse where the crack is forming in the photo below,” says a statement on the council’s website.

“People are advised to stay well back from the safety fencing and barriers and to only view the mud pool from outside of the safety cordon.”

The area had been fenced to keep the public away, but this did not stop the curious – “a couple of guys from chucking rocks” into the fissure.

The Whakarewarewa site had a long history of geothermal activity over the last 15 years though Brad says the present eruption was anomalous.

It would kill of the vegetation, cool down over three years and heat up. 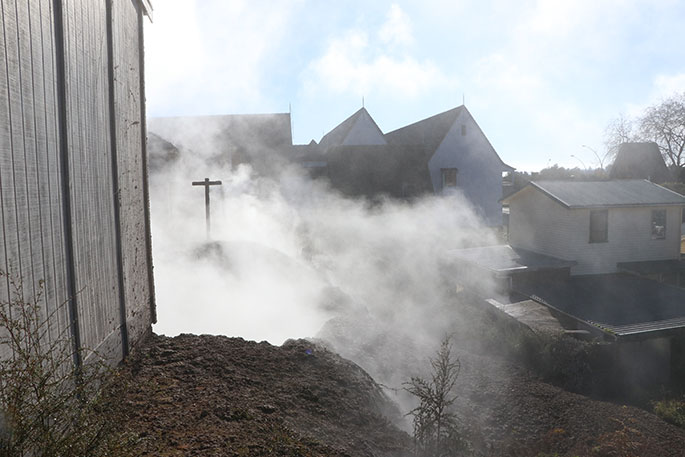 Steam emitting from the mud pool in Rotorua.