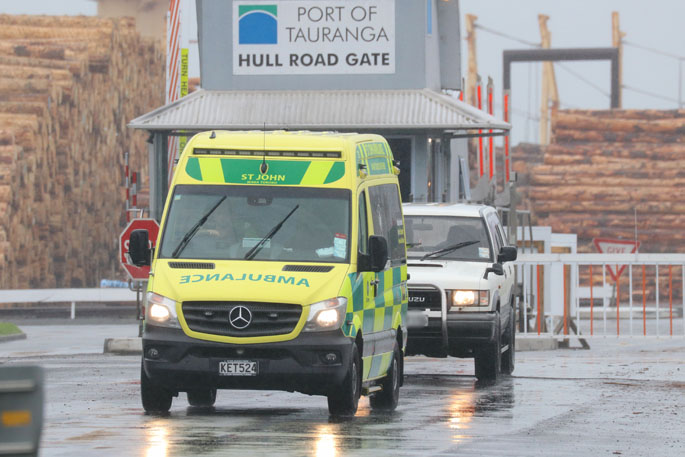 One person was taken to hospital. Image: Daniel Hines/SunLive

One person has been taken to hospital following a crash in Mount Maunganui.

Emergency services were called to the scene on Hull Road around 10.48am on Monday.

A police spokesperson says one person was injured and was taken to hospital by ambulance.

“It was an accident between a car and a pedestrian.

“Police was not required to attend as the matter was referred to ambo.”