Median barrier roll out “too slow” 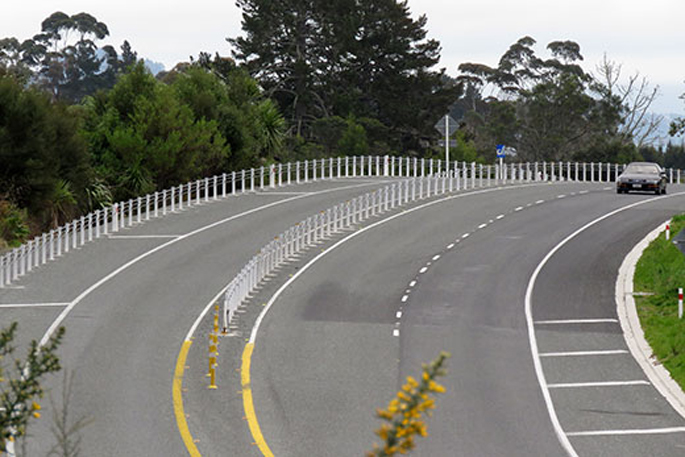 Just 16km of median barrier was installed on roads last year, raising questions about the government's ambitious plan to roll out 198km of life-saving median barrier by mid-2021.

The government has invested $1.4 billion in upgrading 870km of New Zealand's highest risk roads which it expects will prevent 160 deaths and serious injuries every year.

Despite evidence that median barriers reduce fatalities by 47 per cent, only five per cent of New Zealand highways are median-divided.

Malcolm Barnett's 18-year-old stepdaughter Krystal was killed in a head-on collision in 2005, along State Highway 2 between Silverstream and Upper Hutt.

The family are convinced their daughter's death - and others on the same stretch of road - would have been prevented if there was a median barrier.

The coroner's report backed that view, and recommended a median barrier be installed along the stretch of road, but Malcolm says what followed was a four and a half year fight with the local council and the Transport Agency to get the project off the ground.

"The length of time that things took was frustrating. We'd go down to Wellington to see mum and all the rest of it and there was nothing done.

"Apparently there was huge amounts of red tape that had to be surmounted, and if nothing had been from our side of it, probably nothing would be done anyway."

The red tape included confusion over who was in charge of the road, and getting the resource consents required to widen it.

The 3.5 kilometre stretch of median barrier was finally completed in 2011, six years after Krystal's death.

Since then, two people have been killed and one seriously injured, compared to three deaths and seven serious injuries in the seven years prior.

Road safety expert Fergus Tate - a former national manager at the Transport Agency, now working at Opus Consultancy - says barriers have virtually eliminated head on collisions along the Coast Road in Kāpiti and Rangiriri in Waikato.

"Median barriers are very, very effective and for years we've been moaning about only having a four inch paint line separating opposing vehicle streams."

However, he says that just 16 kilometres of barrier installed in one year was too slow.

He says that part of the problem is resistance from locals, who don't like driving further up the road to turn around.

"I am confident that the NZTA's going to achieve what they've set out, they've got a plan already to install 198kms of median barrier as part of the safety programme, it is an average of 66kms of new median barrier a year - which is more than what was completed under the previous government."