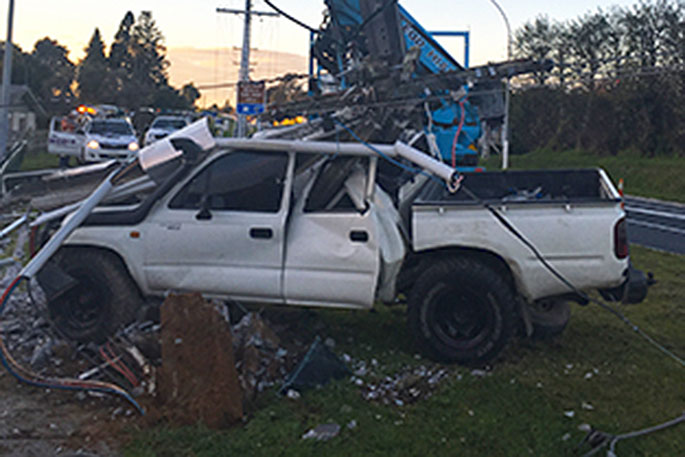 A ute hit a power pole on Saturday morning, just one of a number of serious crashes emergency services were called to in the weekend.

Two people are shaken up following a two-car crash in Tauranga this morning.

Police were called to the crash, at the intersection of Poike Road and Harrisfield Drive, shortly before 7am.

A police spokesperson confirmed two vehicles were involved in the crash.

“Fortunately nobody was injured but both drivers were described as being shaken up.”

This morning’s crash is just one of a number police have been called to in the last three days.
During the weekend, six major crashes were reported in the Bay of Plenty/Waikato region.

Two people are dead after a vehicle crashed into a garage on No1 Road, near Te Puke on Sunday morning.

The crash was reported to police around 1.30am.

Before this fatal crash, power was cut to the Bethlehem area when a ute smashed into a power pole early Saturday morning.

The eastbound lane was blocked between Wairoa Pa Rd and Te Paeroa Rd in Bethlehem for about two hours as a result of the incident.

Earlier that same day, police were called to fatal crash in Waihi.

A homicide investigation has been launched after a 28-year-old man was hit by a car on George Street at 1am.  Read more here. 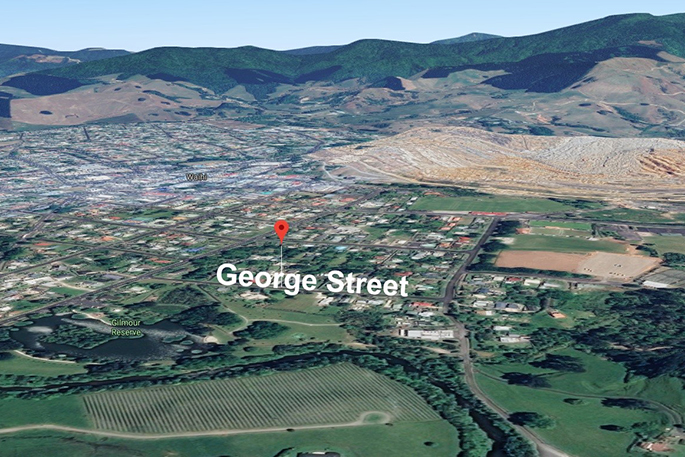 Police believe the driver didn't immediately stop after hitting the man but continued on, crashing into a fence further up the road, no more than 100 metres from where the man was struck.

Speed is not believed to be a factor in the crash. Police believe the man and the driver of the car knew each other.

Police say the riders suffered “moderate injuries” in the crash.

There was also a crash on SH2, in the Karangahake Gorge and a vehicle had flipped on Taurikura Drive.