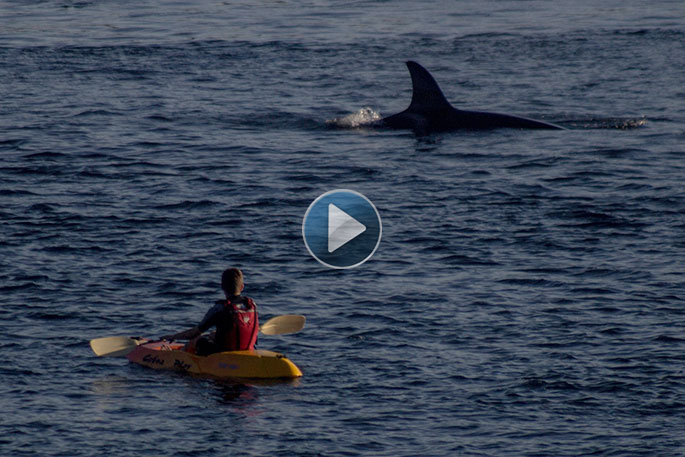 Kayaking in Tauranga Harbour turned into a “very cool” sight for a handful of people on Sunday.

Cosmo Goode and his mate Jack were out in their kayaks at 4.50pm, when they were joined by a pod of orca at the entrance of the harbour.

“The dorsal fin on the big one would have been nearly as big as my kayak. It also had a calf with it.”

A video sent to SunLive by Cosmo show the orca emerging from the water, much to the delight of Cosmo, his mate Jack and handful of boaties who were around at the time. 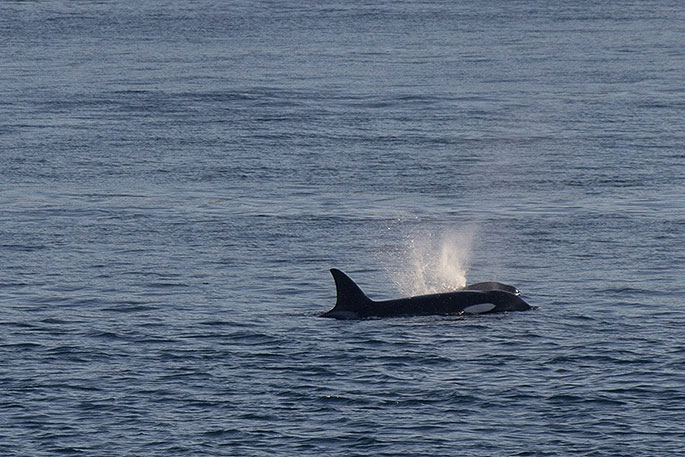 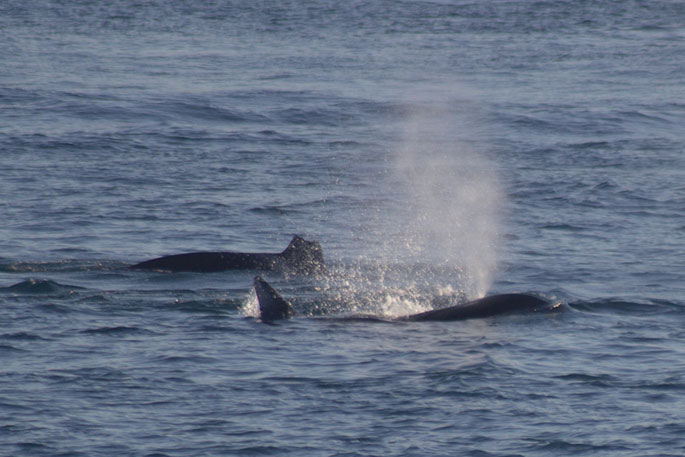 New Zealand is home to an estimated 150–200 individuals, which travel long distances throughout the country’s coastal waters.

Orca are typically encountered in family groups or pods. Pods are usually formed for life and can result in the development of unique dialects. 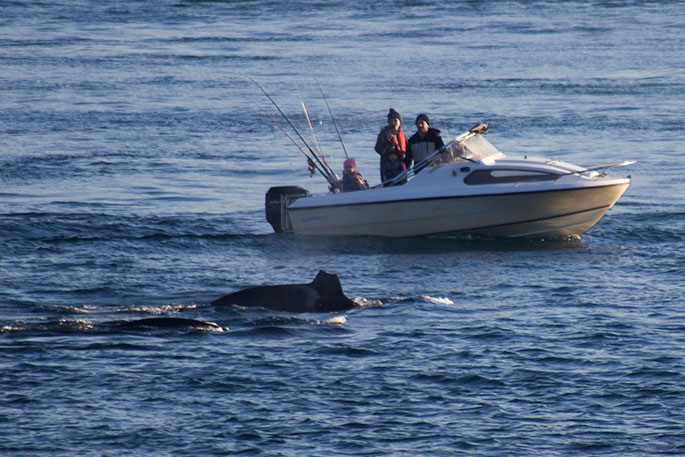 These dolphins have an extremely diverse diet and are the only known cetaceans that regularly prey upon other marine mammals. Attacks or kills have been documented on more than 35 species, including blue whales.

Fish species are also important in their diet, such as salmon, tuna, herring, cod, sharks and rays. Squid, octopus, sea birds and sea turtles are also eaten. Orca hunt cooperatively and are even known to intentionally strand themselves on beaches temporarily in order to catch seals.