Special ties to Maori All Black side 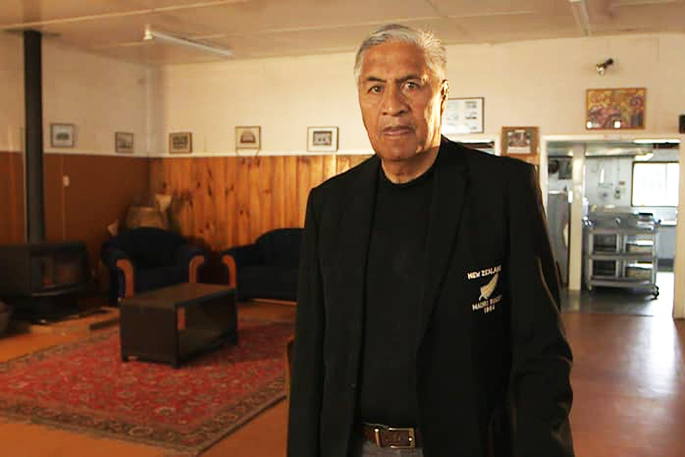 Jim Maniapoto was a stalwart of Bay of Plenty rugby. His whanau name is synonymous with Bay of Plenty and Maori rugby. Photo: Supplied

In the Bay of Plenty region, Maori rugby and the Maniapoto name have an intrinsic link to one another.

Huri, Maru and the recently deceased Jim Maniapoto were famous for their rugby pedigree, it saw the three brothers represent both the Bay of Plenty and the Maori All Blacks.

While you won’t see the Maniapoto name in the playing 23, when the Maori All Blacks take to the field against the Flying Fijians on July 20, take a look a little further down the team list and the name does make an appearance. Maru Maniapoto is a nephew to three rugby legends and is the liaison officer for the Maori All Blacks.

The Tuwharetoa/Ngati Pikiao and Tuhourangi descendant says Whakapapa and Maori culture also play a significant role in the Maori All Blacks.

“It makes you who you are so it’s pretty important to know where you’re from. We always talk about those whakapapa connections, those relationships. It’s something that lives and breathes within the team.”

Maniapoto says he expects the encounter to be an epic battle between the two sides.

“The Fijians beat France so it will be a competitive match. They are building up for the World Cup and they have some big strike power.”

“The MABs don’t have any All Blacks available for this match but we will have the next tier down and it will give them the opportunity to push for a place in the World Cup squad. So there is a lot to play for.”

It will be the first time MABs coach Clayton McMillan has coached the team on home soil and Maniapoto says it would be great to see the home crowd come out in droves to support a hometown lad.

“It’s a special game for Clayton, he’s a Whaka boy, he’s played for the Bay and a former Rotorua Boys’ High School old boy. It’s pretty awesome he’s made it to where he is. There are a lot of people who want to be where he is. It’s a tough position but he’s doing well.”

Kick-off for the game is 7.30pm but Maniapoto is advising spectators to get down to the Rotorua International Stadium early for all the pre-game activities.

Along with the Under-20 Maori taking on a Fijian Under-20 side in the curtain-raiser, there will be an Ahurei Pasifika Celebration being held at Westbrook Fields from 12pm to 6pm.

There will be Pacific food stalls, art and entertainment. Entry into this is free and parking will be free up until 4pm.

“It’s awesome for our cousins from the Fiji community and the other island community to have their culture on display.”

For more information about all the different events happening in Rotorua click here. For the Ahurei Pasifika Celebration click here.

Tickets for the Maori All Blacks vs Fiji game are available on allblacks.com.

when is the nz rugby union going to disband this racist team. hart and fart and cart were all up in the air about the sa tour. where are they now. same thing should apply to this team