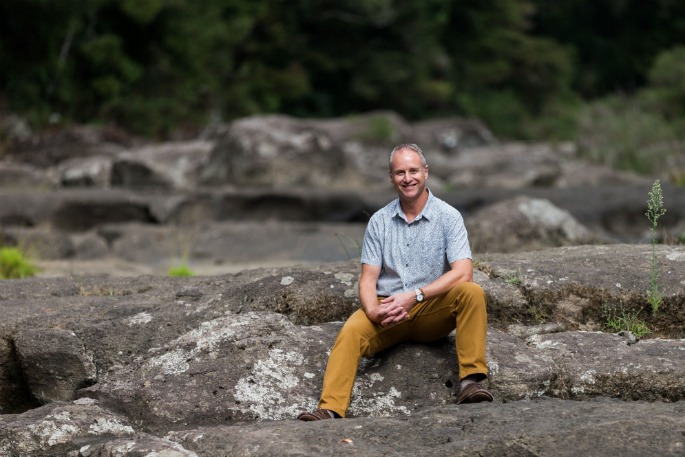 Dr Andrew Corin relates his approach to helping patients decide on their priorities.

Claude was dying from esophageal cancer. That’s not his real name but out of respect and privacy, he will be Claude.

Claude was also torn. His oncologist was recommending a course of chemotherapy, and his friends were also banging on about chemo and sorting a bucket list.

“He came to me one day and said: ‘I don’t know what to do, I don’t know whether to have the chemo’,” says his doctor, Andrew Corin of The Doctors clinic down Devonport Road.

Over the course of a year, Dr Corin asked 282 patients what a good day looks like for them, what are the reasons you are alive, and entered answers in their patient records.

For example, Claude’s ‘best day’, his health care priority, was hanging out with his mates, drinking coffee and having a good chat and a laugh. It was important to Dr Corin because it was important to Claude and helped determine a course of treatment.

“So I had to tell him if he had chemo there would be a high chance of him feeling nauseated, feeling achy, feeling generally pretty lousy and not wanting to leave the house.”

Chemotherapy would buy Claude extra time but not necessarily the quality of time that would allow him to do the things most important to him – coffee, chats, laughs, mates.

“I said to him it’s clear what the decision should be and he agreed. He decided against chemo. He wanted coffee with his mates for his remaining days.”

It was a good outcome that could have been a poor outcome. The chemo course of treatment didn’t match Claude’s priorities in life – the medical expectation was not Claude’s expectation.

The purpose of the ‘best day’ exercise was always to enhance Dr Corin’s relationship and interaction with his patients.

“Doctors tend to focus on disease, disease prevention, disease treatment and longevity. And sometimes that blinds us to the aspects of life and well-being that are important to the patient.”

Now Dr Corin’s ‘best day’ concept has been recognised by The Royal New Zealand College of General Practitioners, the professional body and postgraduate educational institute that sets standards for general practice in New Zealand. Dr Corin’s research has been published in an upcoming issue of the college’s prestigious Journal of Primary Healthcare.

The research is headed ‘Being well and well-being: a better understanding of patient priorities in primary care.’ While it’s a New Zealand publication it is read internationally.

On the back of that research, Dr Corin has also been asked to speak at the annual general conference of general practitioners in Dunedin next month.

“Immediately there’s the opportunity to get the word out to 500 GPs around the country.”

When Dr Corin referred a patient to a respiratory specialist for “some extra care”, the referral letter contained an entry about the patient’s best day and their priorities in life. When the concept was explained to the curious specialist he acknowledged it was important because it would alter and determine how that patient would be treated.

“Which never would have happened otherwise,” says Dr Corin.

He admits to “quite a sense of pride” and would like to believe ‘the best day’ thinking will filter through to the teaching of young medical students.

“If young doctors are prepared to be open minded as an important part of their toolbox as a doctor, then this is going to get them engaging with their patients.”

Finally a GP that puts his patients, professionally, first. Thinking and practicing outside the square. We’ll done Dr Corin. Congratulations.