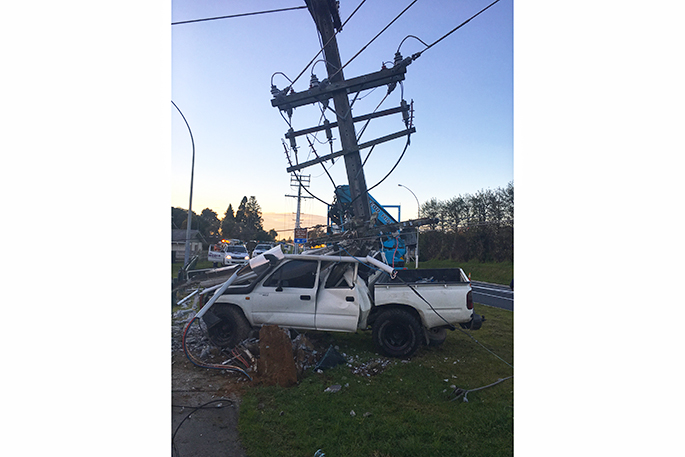 A vehicle hit a power pole on SH2 in Bethlehem. Photos: Supplied.

State Highway 2 is now open in Bethlehem following a crash in the early hours of Saturday morning.

A vehicle struck a power pole in Bethlehem about 4am on Saturday.

The eastbound lane was blocked between Wairoa Pa Rd and Te Paeroa Rd in Bethlehem for about two hours as a result of the incident.

A SunLive reader reported there were low hanging power lines across the road following the crash.

The driver of the vehicle is reported to have moderate injuries. The road was reopened after 6am once the power company had confirmed it was safe to do so. 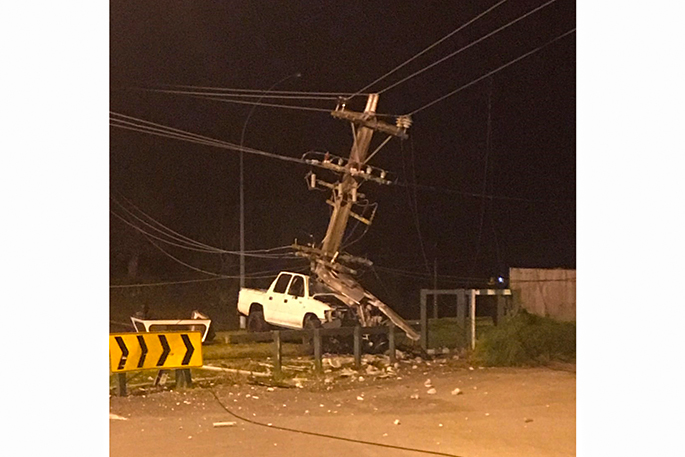 Powerco have reported a power cut occurred at 3.59am due to the crash, with 122 properties affected in the area. Power is expected to be restored by 8.59am, however it may take much longer to complete repairs at the site and replace the pole.

Motorists are advised to proceed with caution as contractors are working at the scene. 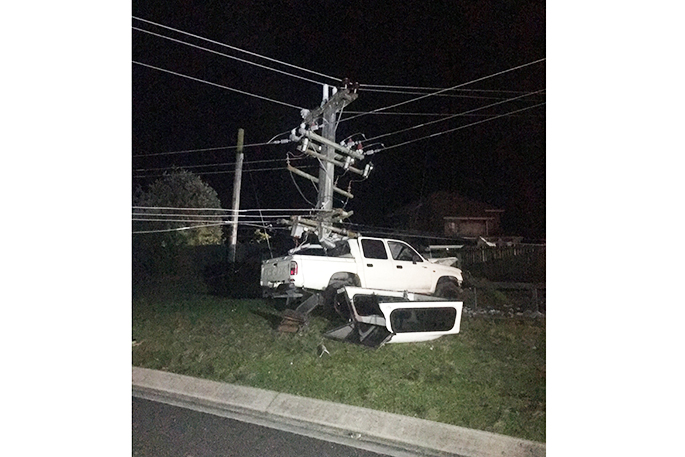 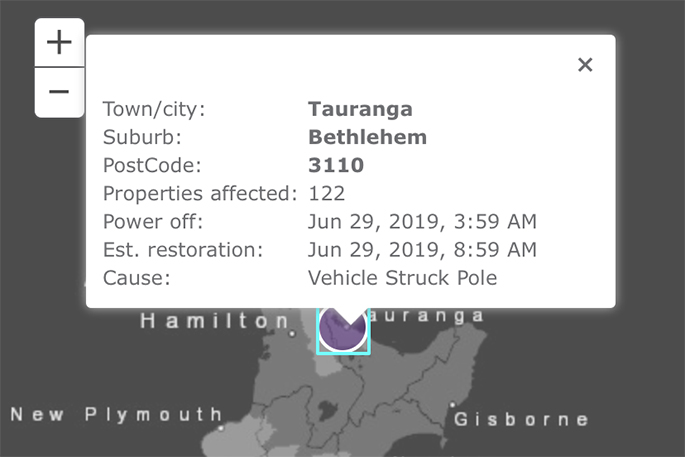 It looks like that crash was executed in spectacular style, hop into bed before you go to sleep next time: that damage won’t buff out...