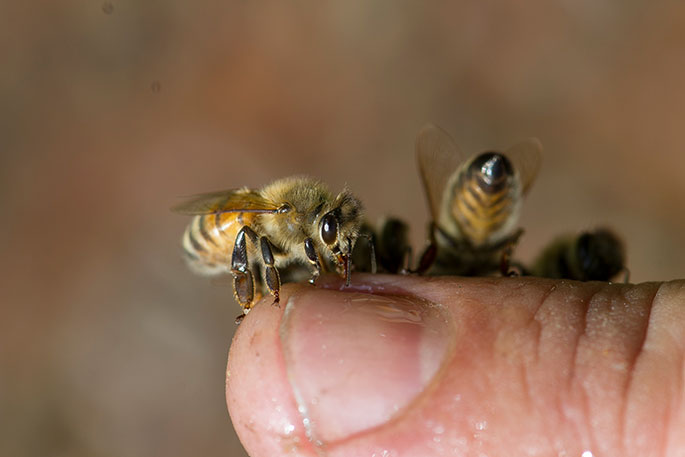 A former Auckland honey exporter and its operations manager have been fined a total of $372,500 in a landmark case involving the deliberate adulteration of honey, in order to pass it off as high value Mānuka honey.

Earlier this month, the company, Evergreen Life Ltd, pleaded guilty to a total of four charges (3 of which are representative) with Jason Lee pleading guilty to three charges (1 of which is representative) under the Animal Products Act before they were sentenced today in the Auckland District Court.

The Ministry for Primary Industries began investigating the company in 2016 after an anonymous tip off that chemicals were being added to Evergreen’s low grade Mānuka and non- Mānuka honey.

It was subsequently identified by the investigation that the synthetic chemicals, methylglyoxal and dihydroxyacetone were being added to honey. MGO and DHA occur naturally in genuine Mānuka honey.

Ministry for Primary Industries Director of Compliance Gary Orr says this is the first case of honey adulteration ever to be detected in New Zealand.

“After receiving the tip-off, MPI investigators carried out an inspection at the company’s site in Albany. This resulted in charges being laid in 2017,” says Gary.

“Jason Lee subsequently admitted to adding synthetic MGO and DHA to honey. The MPI investigations quantified the affected honey at around 14.5 tonnes. This addition of chemicals gave an impression of higher natural levels of MGO and DHA.

“A recall of all affected honey was undertaken, including honey exported to USA, China / Hong Kong, Korea, Australia, and Singapore.

“The adulterated honey obviously commanded a greater price in the market place. The company benefited to the tune of approximately $700,000 because of its deliberate and calculated fraud.”

Gary says during the course of the investigation, approximately 33 tonnes of non-compliant honey was destroyed and approximately 60 tonnes is still held by MPI. This honey is likely to be destroyed as well.

“It’s important to note that there were no food safety risks to consumers in New Zealand or overseas.

“This case is not related to Mānuka honey purity, purity tests, or other definitions of Mānuka honey. It is about a specific and isolated case of calculated fraud involving honey adulteration for financial gain.

“Today’s result is the culmination of years of thorough and methodical work by a team of investigators who were dealing with often very complex information.

“Mānuka honey is a major export product for New Zealand. Anyone who seeks to deliberately make false claims about honey that’s being sold in both the domestic and international markets will pay a very high price if they’re caught.”

The whole thing is a joke. No regulation whatsoever. I can’t believe people are daft enough to buy it.