Climate emergency declared in the BOP 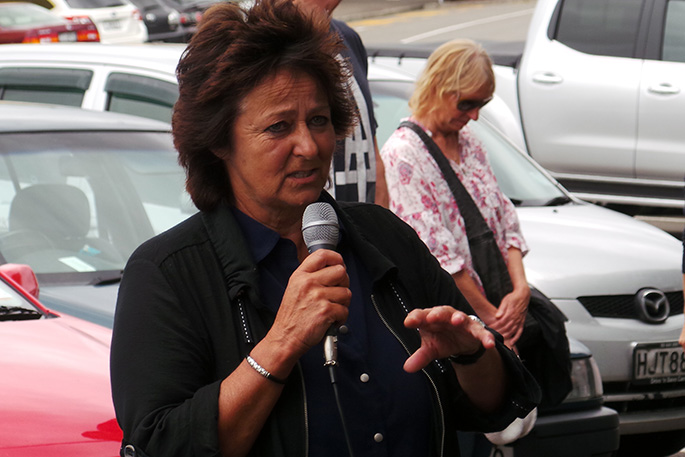 Bay of Plenty is the latest region to declare a climate emergency.

Bay of Plenty Regional Councillors agreed at their Council meeting yesterday, to declare a climate emergency and work with the community on transitioning to a low carbon future and adapting to our changed climate.

Bay of Plenty has joined more than 600 jurisdictions across 13 countries in declaring a climate emergency. In Aotearoa New Zealand this includes Auckland, Canterbury, Christchurch, Kapiti Coast, Nelson, Wellington and earlier this week Dunedin and Hawke's Bay.

“I think that climate change is best summarised by environmentalist Bill McKibben who said that 'Climate change is the single biggest thing that humans have ever done on this planet. The one thing that needs to be bigger is our movement to stop it'.

“We are already seeing the effects of climate change within our region, including sea level rise and increased flooding, and these are likely to get more serious over time.

"This declaration demonstrates to the community that we’re listening to their concerns and have recognised climate change as a serious issue for this region. We are firmly committing to action, and encouraging others to do the same."

The approved Climate Change Action Plan and report on declaration options considered by Regional Council are available in the agenda pack for Tuesday 25 June on the Regional Direction and Delivery Committee page at www.boprc.govt.nz.

It builds on the wide range of work Council already has underway to adapt to and mitigate the effects of climate change, says a statement released by the council today.

The Action Plan directs Council to adopt a stronger emphasis on incorporating climate change considerations into its decision-making, which was identified as a key priority by the community through submissions to the Council’s 2019/20 Annual Plan.

The Action Plan also proposes an organisational mitigation target to be carbon neutral by 2050. Regional Council is also set to introduce five electric buses to the region’s public transport network this August.

Did someone say EMERGENCY?

If declaring a climate emergency is what it takes to wake people up then do it. We all need to change our eating, driving and buying habits to make a real difference locally to global warming . If everyone did something the response would be immense. Saying " The Action Plan also proposes an organisational mitigation target to be carbon neutral by 2050. Regional Council is also set to introduce five electric buses to the region’s public transport network this August" This is NOT an emergency type response! If this is the best they can do to allow 30 YEARS to become carbon neutral its a joke. Electric buses are a great move BUT what about the dozens of diesel burning carbon belching yellow buses driving around Tauranga now which are mostly empty is a far bigger environmental crime.The BOP Regional council funded "ghost buses" must go!

more scaremongering. climate changes all the time. has done since the dawn of time and will forever

more scaremongering. climate changes all the time. has done since the dawn of time and will forever

So what are they going to? do about it?

I detest virtue signalling. These people need to wake up to reality. If NZ emissions dropped to 0, there would still be no change to the chances of a global warming catastrophe. The USA, Europe and Asia need to set the rules, and we can follow.

Sounds like an excuse to put our rates up even further to fund this lot. Where will it all end.......Councils thinking that they have an open cheque book.

What a pack of clowns these councillors are an emergency is defined as a serious, unexpected, and often dangerous situation requiring immediate action It is not unexpected and this will not be fixed immediately no matter what they believe it will take years and years to get it right

So the long suffering ratepayers will be contributing to a Specific Fund........