Lack of rain forecast this winter 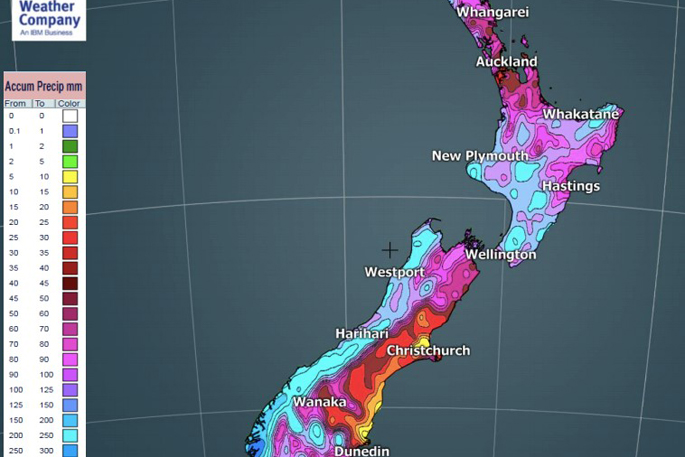 Farmers are increasingly telling us they have only received about one third of their normal rainfall in some parts of the country so far this year, says WeatherWatch.co.nz.

“Enormous high pressure systems - like the one moving in this week and weekend - have been drifting east from Australia for months now and it is clearly having an effect on our rainfall figures.

“As we approach the halfway mark of the year the low rainfall is now starting to concern some in the agri-sector about the impact this might have on summer. Likewise power companies are watching the South Island's hydro lakes.”

It is not all bad news, soil moisture levels have returned closer to normal across a large portion of New Zealand and some very dry regions have had some good relief this past month, especially around the North Island.

However, areas like Northland, Auckland, Waikato and especially Canterbury are all well down on where they should be these past four weeks precipitation-wise.