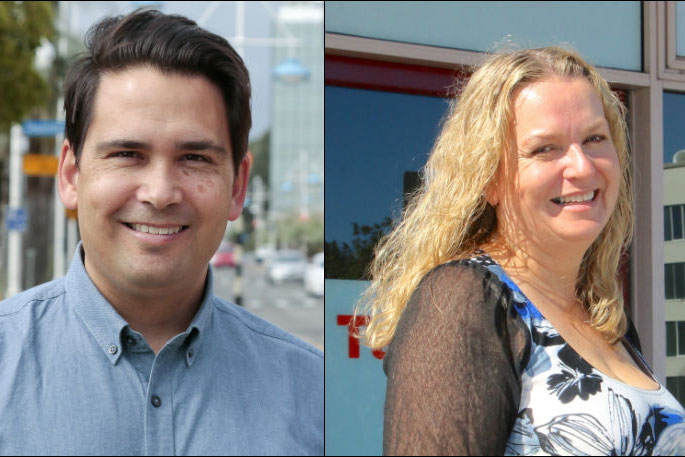 Tauranga Labour list MP Jan Tinetti is refuting claims that NZ households are worse off under the Labour-led government.

National is saying that Kiwi households will pay $7000 more in tax over the next four years because of Labour's policies.

“Kiwi households will be $1750 a year worse off on average because of the taxes being piled on by the Labour-led Government,” says Leader of the Opposition Simon Bridges.

Jan says the Wellbeing Budget is the latest example of how this Government is taking a long term view to improving the wellbeing of New Zealanders.

“That means taking action on mental health, on creating jobs and boosting wages, and on education.

“We are doing what needs to be done to address the day to day concerns faced by Kiwi households.”

“When you add all of these taxes together and take into consideration the cancelled tax relief, Kiwi families are looking at $7000 out of their pockets over four years. That does nothing to increase the wellbeing of an average family.

“The economy is continuing to weaken because of this Government’s poor policy decisions. The cost of living is increasing, rents are up an average of $50.”

She says the housing crisis casts a long shadow.

“We are confronted with the legacy of a decade of underinvestment in our schools, hospitals and infrastructure. Over that time the gap widened between the haves and have nots, we saw kids living in cars, and the pollution of our waterways.

“These challenges don’t get fixed overnight, but I want to talk about the many things the Government has already done which are making a big difference in New Zealanders’ lives. “

Since Labour took office, Jan says 70,000 more New Zealanders are in work and they’re getting paid more for it.

“We’ve also made it easier for many thousands of people to pay the bills, with the Winter Energy Payment.”

This helps 700,000 of the most vulnerable New Zealanders keep the heat on over the winter months.

“We’ve also reduced the costs of sending kids to school. For many parents, school donations and NCEA fees can be a real struggle,” says Jan.

“This is on top of the other work we’re doing to make it easier to raise a family. Our Families Package will boost the incomes of 384,000 people by $75 a week when fully rolled out.

“Our Best Start Payment makes life easier for parents with new-born babies, with 65,000 families $60 a week better off. 50-74,000 children will be lifted out of poverty through our Families Package and the Wellbeing Budget.”

“New Zealanders understand that, which is why two-thirds of Kiwis agree we’re on the right track. No amount of negativity and selective accounting from National will change that.

“I am proud to be part of a Government that is looking after all New Zealanders.

“There is more to fix, but we are getting on with the job.”

Such a Blue Town

The left is for everyone the right is for a few who have done very well out of National and its policy settings around work place rules. Abuse of migrant labor under the convenient rhetoric that they are better off than they would be back home.

Compare what Winston did for Tauranga to Bridges, nothing, when he was in power.

Nationals spin and rhetoric does not a government make. Simon should read the last two paragraphs of Jan’s comments and tell those who are receiving the assistance that it is a bad thing. Typical of what we have come to expect from the opposition who did nothing about these situations.

Not a financial Guru at all.

Actions have consequences. apparently Tineti doesn’t understand that. Granting by law a wages rise may be great for the Labour supporters but has she ever stopped to think how that plays out for employers,(remembering that most employers are small businesses, not mega corporations), their owners and competition from low rate countries and resultant price rises on everyday products that their supporters buy. Don’t think she even understands the cause and effect, just spouts Labour propaganda. And of course, she discounts the tax effect from rising incomes. Earn more pay more tax and lose some of the already outrageous Govt. subsidies to their lives. The only winner is the spenders of tax money. Labour.