KiwiRail to get more than 100 new locomotives 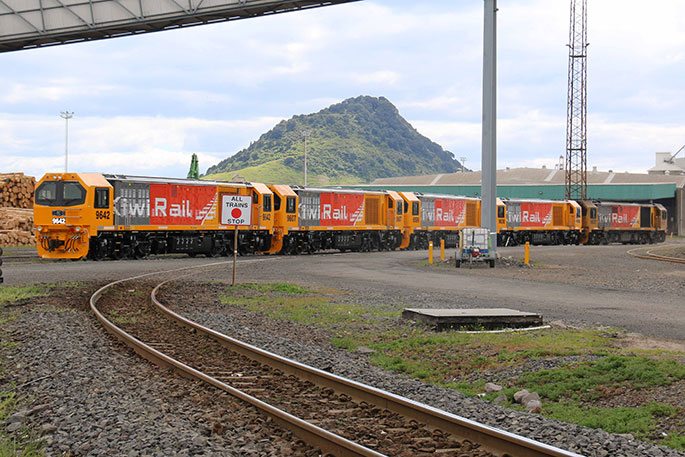 KiwiRail will kick off the process of getting more than 100 new locomotives and 900 new container wagons, replacing and repurposing old and outdated stock.

Investment in rail infrastructure in the Wellbeing Budget will make trains more reliable and cut down on maintenance time and costs, rail ministers are announcing today.

KiwiRail will kick off the process of getting more than 100 new locomotives and 900 new container wagons, replacing and repurposing old and outdated stock, as part of the Wellbeing Budget’s $1 billion investment in making sure New Zealand has a reliable and sustainable rail network.

Winston Peters says after too many years of decline, it’s time rail got back on track.

“We’re addressing the last three decades of under-investment in our rail system, and enabling growth that will ensure rail is sustainable.

“Part of the funding package will go towards replacing the tired and worn-out 50 year old locomotives in the South Island. We’ve kick-started the replacement process for more than 100 locomotives. New locomotives mean more reliable services and less maintenance costs.

“In addition, 900 flat-top container wagons will be replaced with new, larger ones in our busiest corridors, giving KiwiRail a more competitive freight service,” says Winston.

Grant Robertson says the Wellbeing Budget provides opportunities to grow and modernise New Zealand’s economy, while ensuring a just transition to a low emissions future – and investing in rail is a big part of that.

“Our Government is already helping create 40 new jobs at KiwiRail’s Hutt Workshops through our investments in rail, including the new Hamilton to Auckland commuter service,” Grant Robertson said.

Phil Twyford says the Government has a vision for rail as the backbone of a sustainable 21st century transport network.

“After the chaos for Auckland commuters last week, it’s important to reassure New Zealanders that we are investing in tracks, bridges, tunnels, signals and control systems around the country to make train services more reliable.

“But we can’t wait for the Budget every year to make sure KiwiRail has the resources to keep their services on track. We plan to integrate rail alongside roads, motorways and all transport investments so that decision-makers can consider it alongside all transport options and invest in the best option.

“Our Rail Plan, which will be released later this year, will outline the Government’s strategic vision and give a 10-year programme of indicative investments and benefits."

Shane Jones says on top of the Budget’s $300 million for regional rail, the Provincial Growth Fund has already given $183 million to rail to create growth in the regions.

“We’ve re-opened the Napier to Wairoa line, which will be crucial for the local forestry sector and is expected to replace 15,000 truck journeys each year on the region’s roads, making them safer and reducing wear and tear.

“Despite it only being re-opened for two weeks, it has already created 4 jobs and KiwiRail expects to recruit even more staff.

“The value of rail to the economy carrying freight alone is over $350 million per year and as champion of the regions, I’m working to make sure that the regions get their fair share of the opportunities."