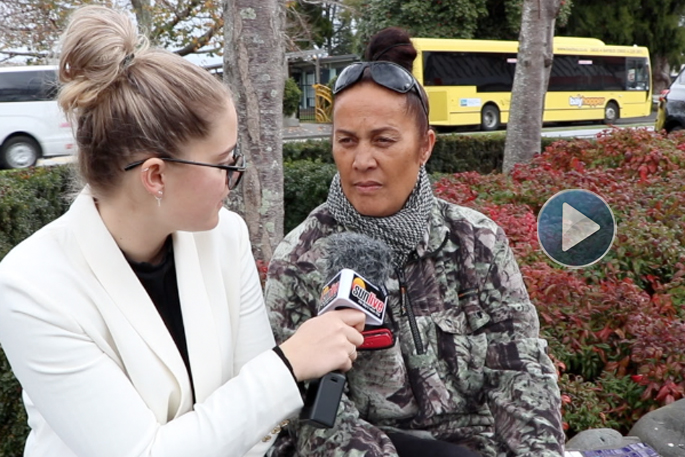 The Tauranga City Council has agreed to explore a series of recommended changes to the 2009 naming of streets, reserves and community facilities policy.

Councillor Steve Morris says by incorporating place names that have significance to local iwi, we are honouring and respecting our history.

SunLive asked residents in Greerton Village what they think in regard to the review.

A male resident says if implemented, it would be a great initiative.

“It doesn’t bother me, it would be a good idea, for the white people to learn Maori, that’s how I see it.”

Another resident believes the decision should be up to members of the community.

“It’s not what the council says that counts, it’s what about the community at large wants.”

According to one resident passing through the Greerton Village, Rotorua implemented more Maori street names, and he believes other towns are following in the idea.

“I am taking an example of Taihape, which have gone to all bird names, so it’s got to be good for everybody learning.”

One woman says it would be awesome to see more Maori street names throughout Tauranga.

“Being in Tauranga known as Tauranga Moana Maori wise, that would be awesome.

“In years to come these kids can say oh look, that’s named after my grandfather.”

In comparison, one resident says it isn’t necessary as a change in street name may cause confusion for Tauranga residents.

“What’s wrong with the names they have got?

IT'S NOT A QUESTION

of whether this is a good or bad idea its a question of affordability & we can’t afford it. Everyone knows the TCC is up to its eyeballs in debt - we have a multitude of serious roading & other issues which need to be fixed before we spend $1000’s on this type of project. Get real Steve Morris.

And here I was complimenting Sunlive on coming across as unbias. No-one is saying it’s a bad idea. We are saying there are more pressing issues around Tauranga that could use this inept councils attention and ratepayer’s money! Fix the roading layout! Stop wasting our money! We are sick of it! Stop trying to socially engineer us into using busses too. The bus services are below sub-standard. Incentivise use of the busses. Don’t make people’s lives more and more difficult until we are forced to.

Probably not the best timing. Going to cost millions or hundreds of thousands atleast to update signs, maps etc when that money could be better spent on the needy. The council needs too priority.

Probably not the best timing. Going to cost millions or hundreds of thousands atleast to update signs, maps etc when that money could be better spent on the needy. The council needs too priority.

the public voiced their opinions

on the recent article on here about this street naming issue, at least 90% of the commenters were against the idea. Stop wasting money on idiotic ideas and do ya job TCC

The comments above seem to have been selected from the minority who think it is a good idea! Historical meanings also mean a lot to the greater majority of the community! But then this council seems hell bent on listening to the ethnic minority in all matters. I have lived in my street for 40+ years and it will NEVER be known as anything else as far as I am concerned. If they do go ahead on renaming certain places then I hope that the original name will also be shown on street signs! And that will cost ratepayers a whole lot of wasted money! Council should concentrate where real need is warranted! Eg. Fixing the improvements to Greerton Village Roading!