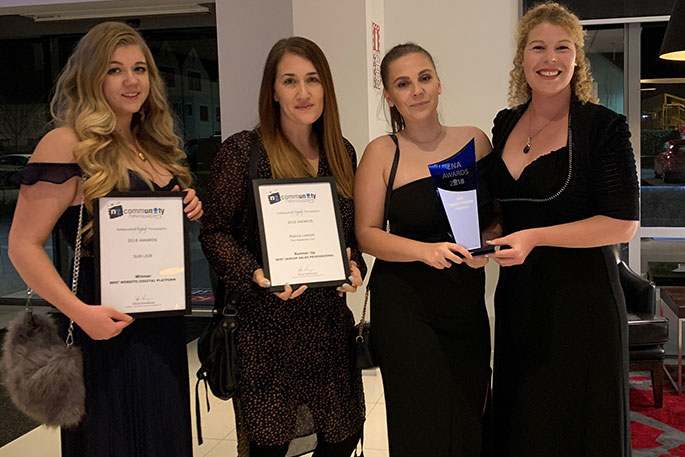 The awards recognise excellence in community news publishing in the preceding year.

It’s run by the New Zealand Community Newspaper Association, an industry body with members from more than 80 independent newspapers and magazines.

SunLive won best website/digital platform for the third year in a row, while Bianca Lawton is the runner-up for best sales professional (senior).

SunLive has a dedicated team who work around the clock to bring the most up-to-date news for free in the Bay of Plenty.

"We'd like to thank our staff, and of course our readers, without whom we wouldn't be where we are."

CNA president David Mackenzie says the awards recognise the best of the industry.

“The calibre of entries received was extremely high and came from some of the best community newspapers across New Zealand.

“This made the competition for this prestigious award really tight.”

The judges say SunLive is has an excellent site usability and stats.

The awards were the centre piece of the CNA’s annual two-day conference, where members heard from a range of speakers about the industry, including Minister of Broadcasting, Communications and Digital Media Hon Kris Faafoi. 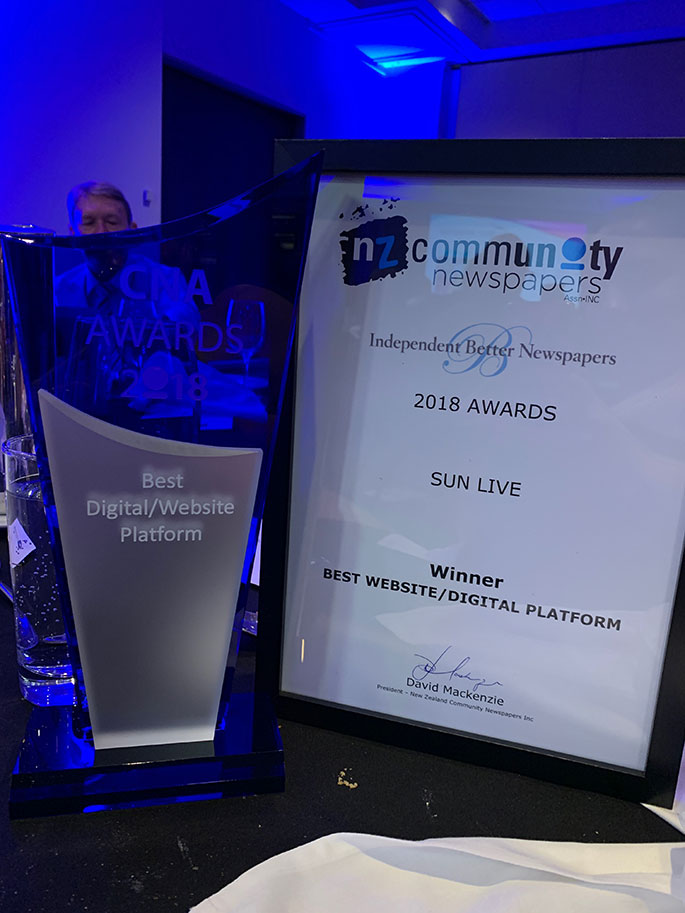 Sun Media is now in its 20th year and is continuing to grow. Not only does it own and operate a handful of print publications, including The Weekend Sun, it now run Rotorua Now - a digital website aimed for the Rotorua community.

Congratulations Sunlive. I’m often amazed that somehow someway you guys are on the scene before the police! It’s amazing and your coverage comes across as totally unbias. The website is useable and not overladen with advertising. The comments section is appreciated and on every article. I just wish people used them a bit more sometimes. Great job guys. Keep up the good work.