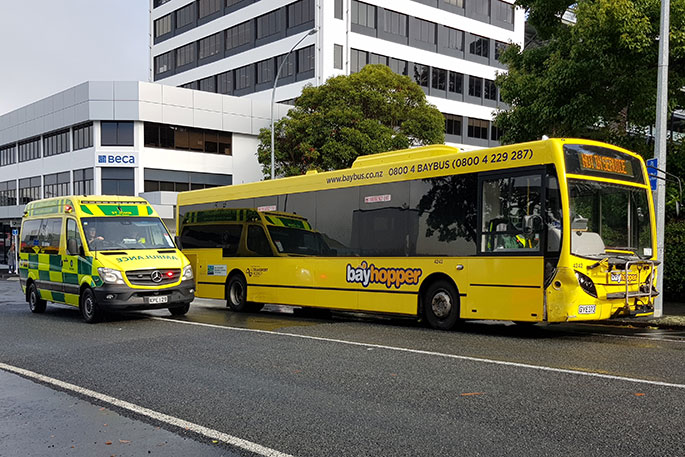 An ambulance was called just before 1pm. Photos: Daniel Hines/SunLive.

One person has received minor injuries after a bus and car collided in Tauranga.

Emergency services were called to the crash just before 1pm.

A police spokesperson says it was at the intersection of Willow and Harington streets.

The road was partially blocked for a short period and one person received minor injuries." 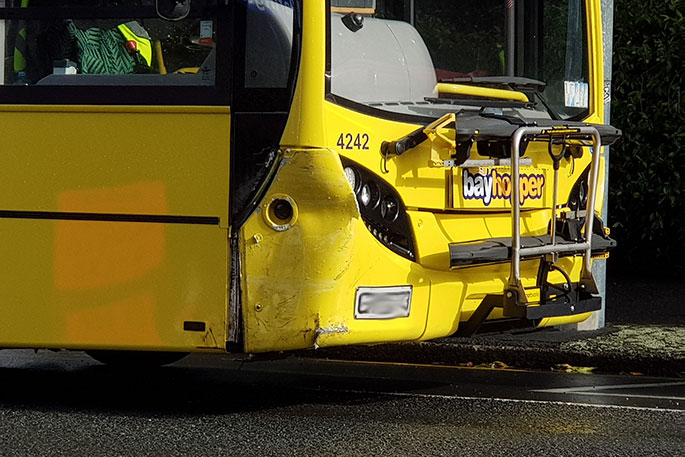 Hey BOSS i did not see him i promise, its not my fault those cars are a real problem in Willow street its true boss, i cannot really drive these yellow things and ive only had my ticket 3 days, i did not get much training as they are really busy out there and really pushed me through to get me on the road and keep these oversized yellow things that are running all day and late at night, with NOBODY in them and use up lots of fuel and pollute the air, i love it BOSS,I WILL NOT DO THIS AGAIN BOSS i PROMISE, give me another chance Boss, I do not want to go home,my thoughts only on this subject,Thanks Sunlive, WHO by the way,is BEST NEWS IN THE BAY,and the only one who gets the news FIRST,Thankyou, you are AWESOME, 10-4 out, phew.

Eyes on the road

Those ticket machines are a distraction. No different to texting. Remove them and make buses free.