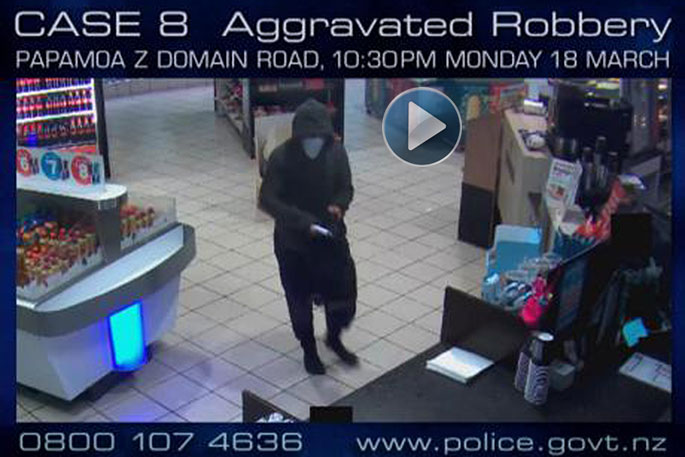 Tauranga Police are investigating an alleged aggravated robbery at the Papamoa Z on Domain Road on Monday March 18.

At about 10:30pm, a man armed with a knife entered the service station and demanded cash and cigarettes from the terrified victim, who was operating the store by herself at the time.

He is of slim build.

"He was wearing a plain white bandana over his face, dark grey hoodie, dark pants, black socks and no shoes and carrying a back pack with grey trim and a small logo on the upper," says police.

"He was armed with a distinctive knife which had some sort of white extension on the handle." 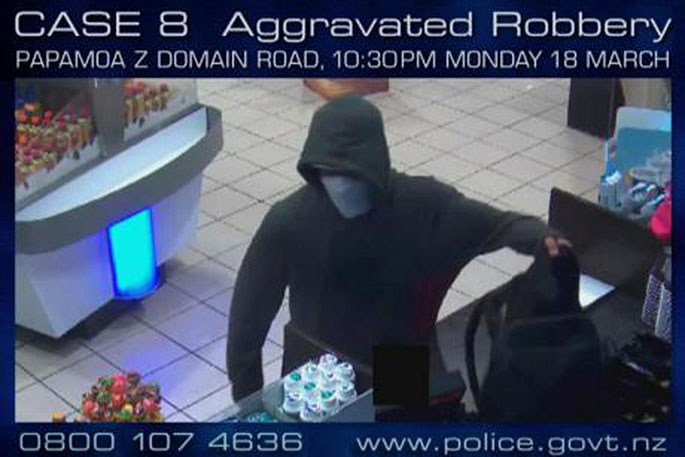 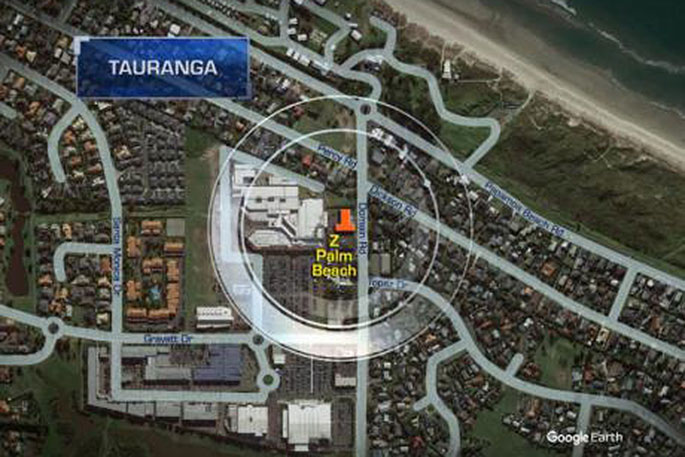