Round two of women’s rugby underway 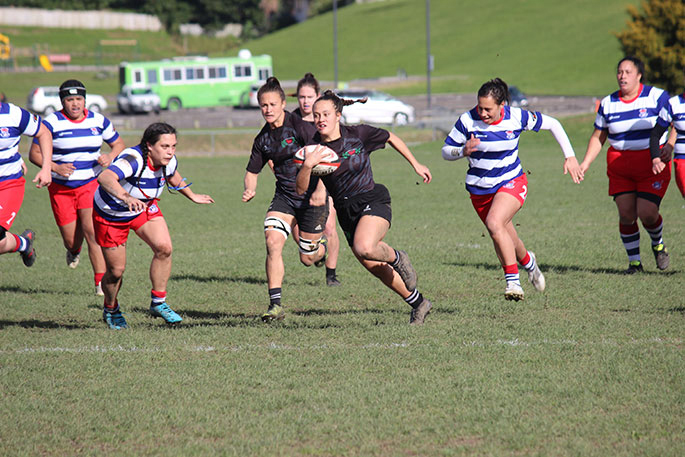 The second round of the Toi Ohomai Baywide Women’s Club Rugby gets underway on Friday night.

Rangiuru host Rangataua at Centennial Park on Friday at 7.30pm. The two teams along with Waimana and Whakarewarewa have progressed through to the premiership division where they will play three round robin games before semi-finals and finals.

Bay of Plenty Rugby Women’s Rugby Development Manager Kendra Reynolds says everything is up for grabs with the start of the new round.

“The premiership division marks a clean slate for the four teams as points from the previous round are not carried over. Teams will be looking to put their best foot forward each game to secure a home semi-final.”

Mount Maunganui, who were seeded fifth after round one, will play sixth seed Rotoiti at Blake Park this Sunday at 1pm for the Championship final.

The season has come to an end for Matata, although they didn’t manage a win in their first season, they showed they have some exciting young talent in the small Eastern Bay of Plenty town.

Kendra says it would be great to see the rugby community get behind the two teams playing in the Championship final.

“Battle of the Kaimai showed our community how well Bay of Plenty teams rally behind each other with provincial pride on the line. I know a lot of the players are looking forward to re-grouping to watch the two teams in a competitive match.

“I also want to take the opportunity to wish our Black Fern representatives the best of luck as they head to the USA for their international test matches.”

Waimana will host Whakarewarewa for their match on Sunday at 1pm.

Pretty good sports and Sportswomen. Hooray for OUR side - Clenn Holmes